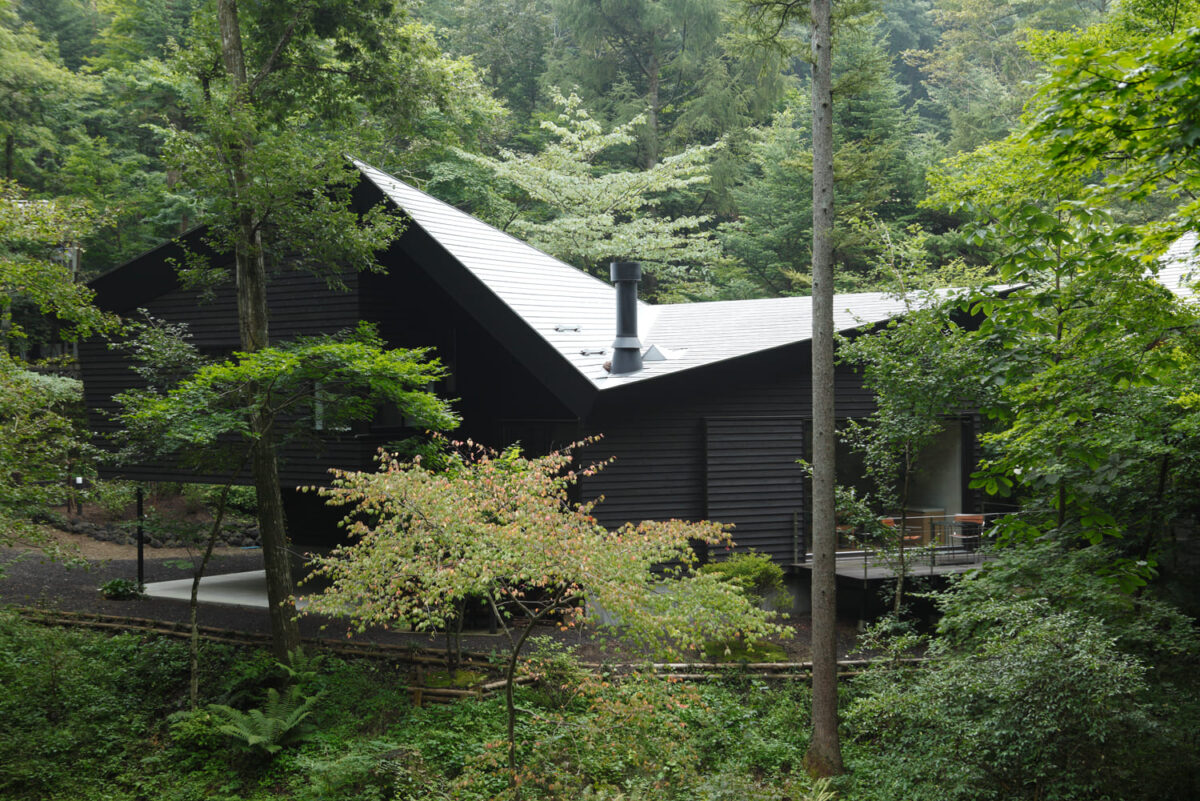 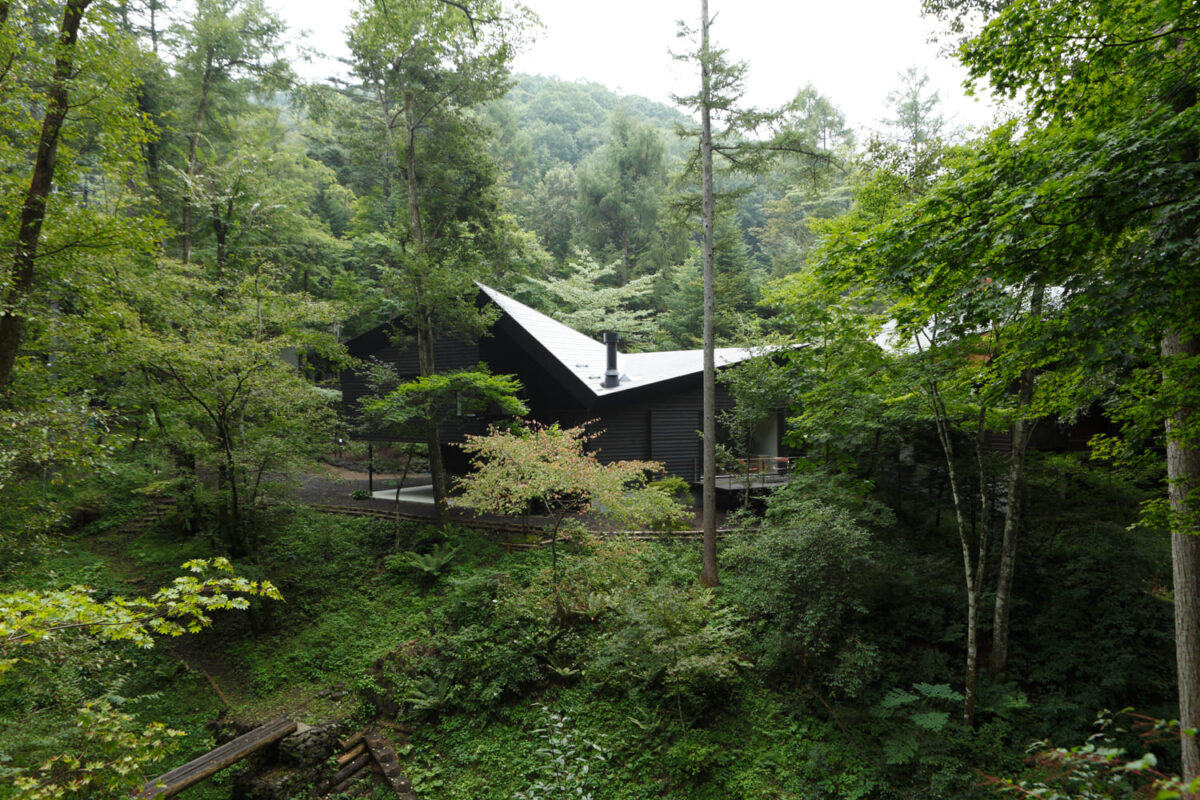 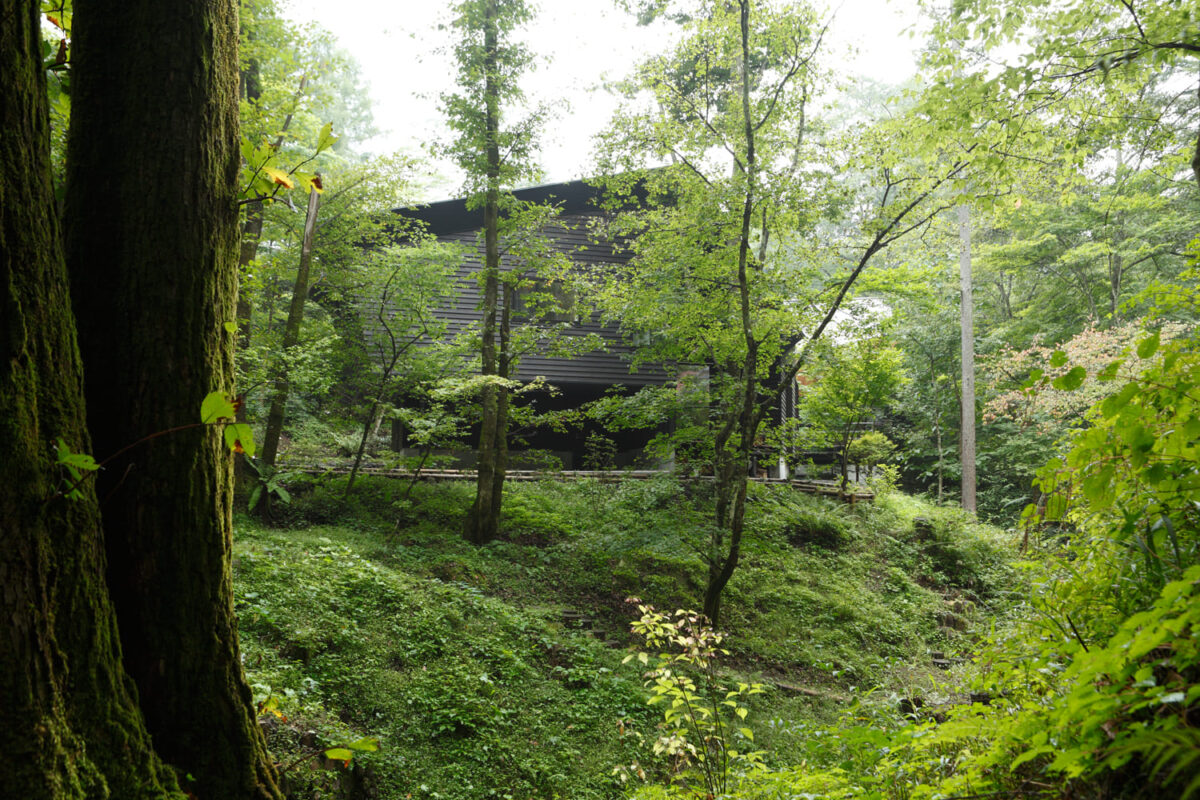 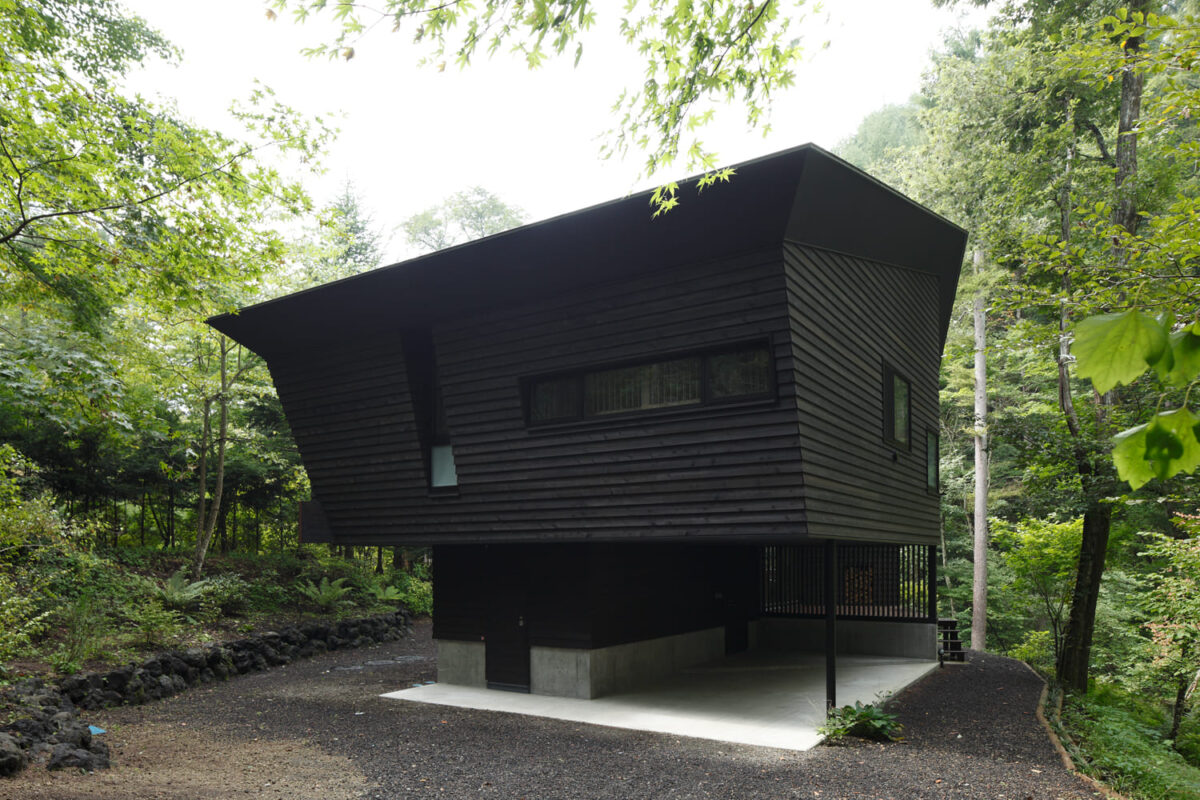 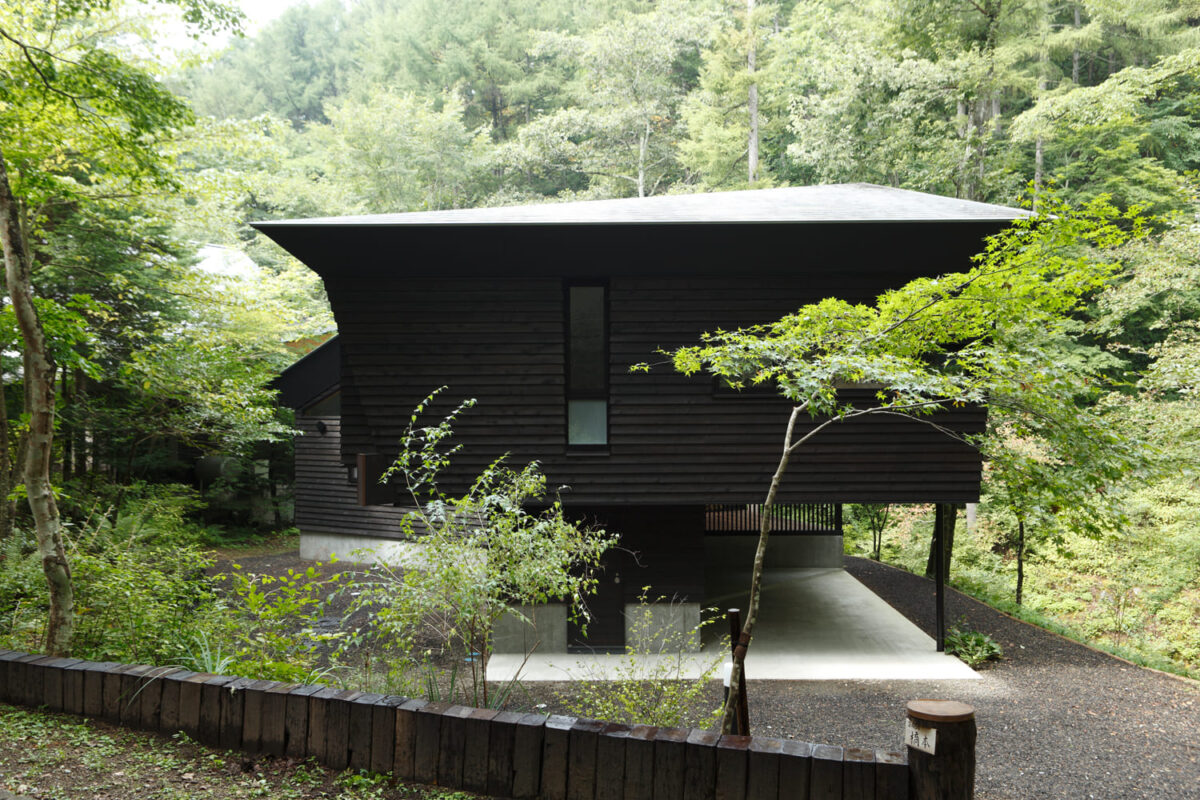 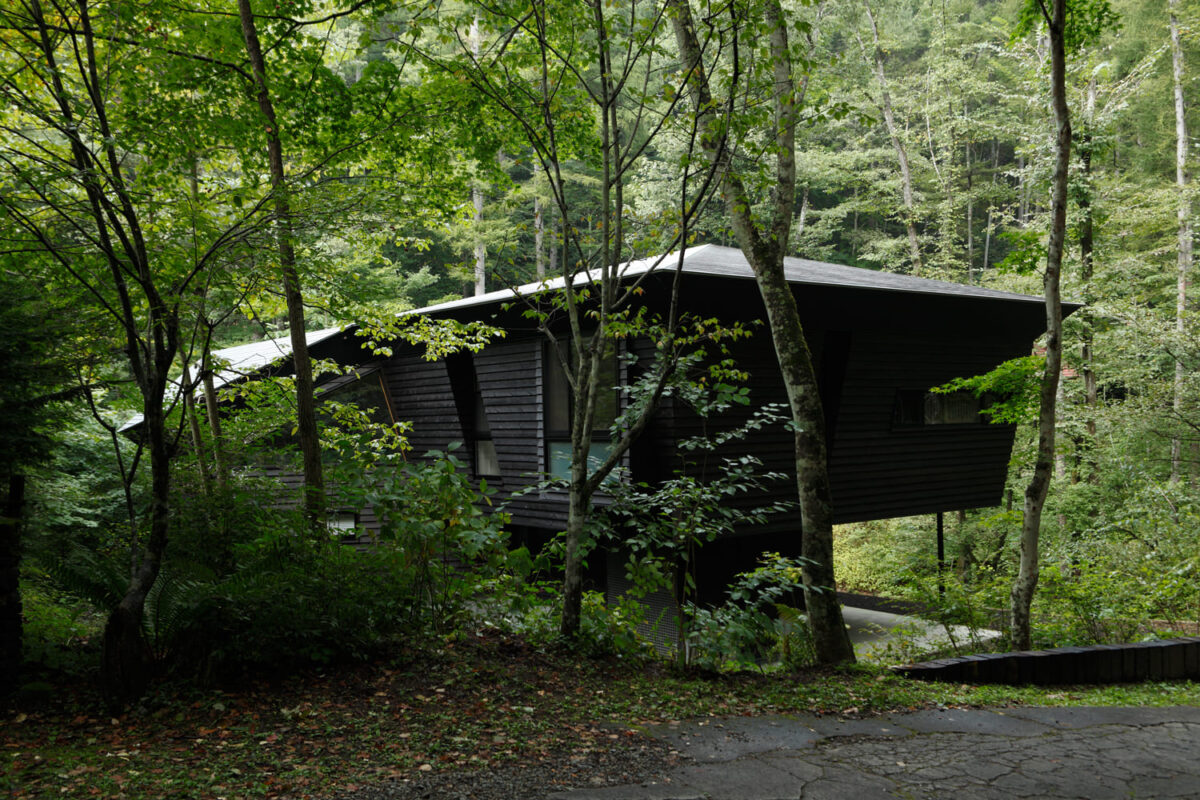 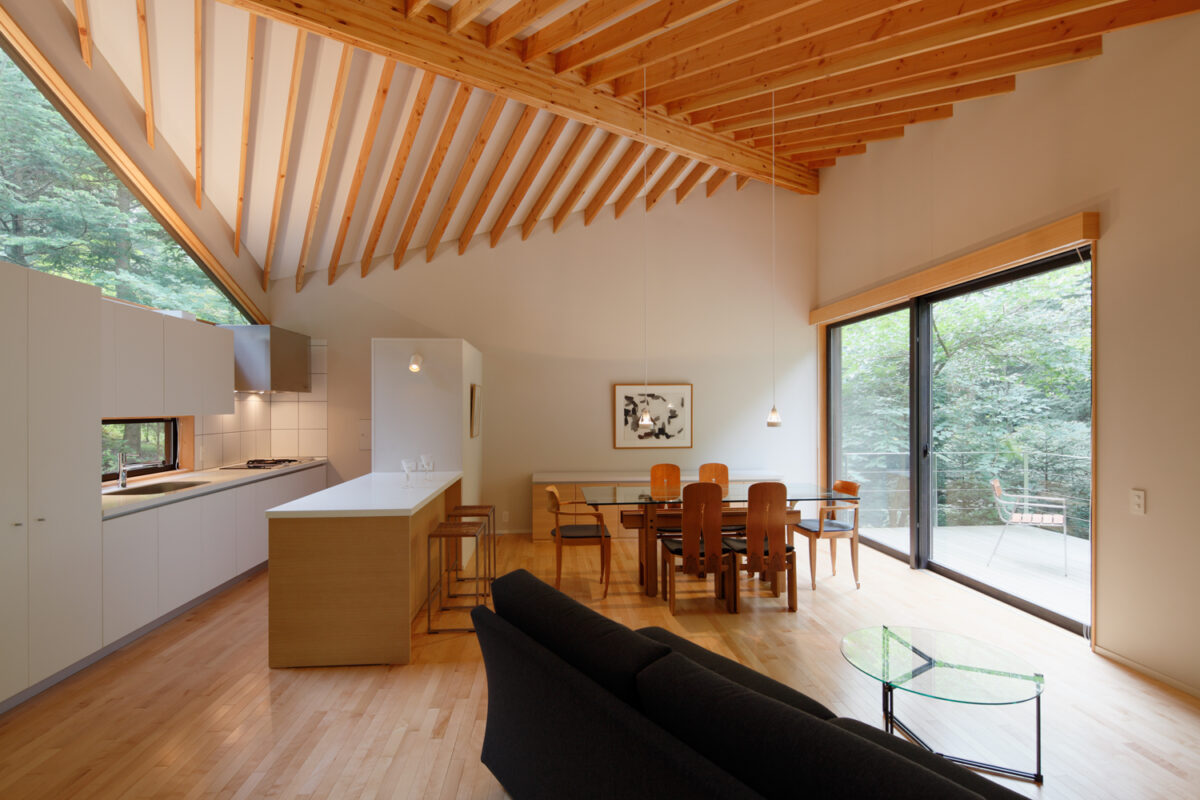 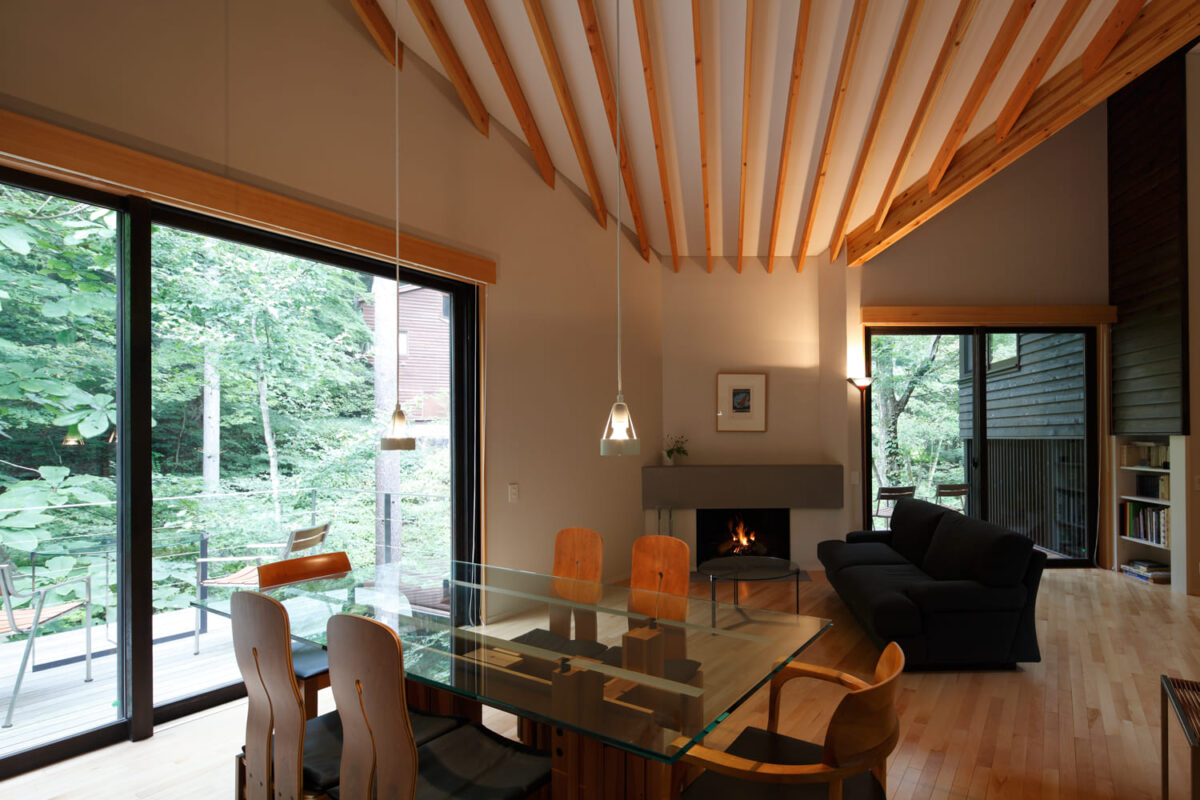 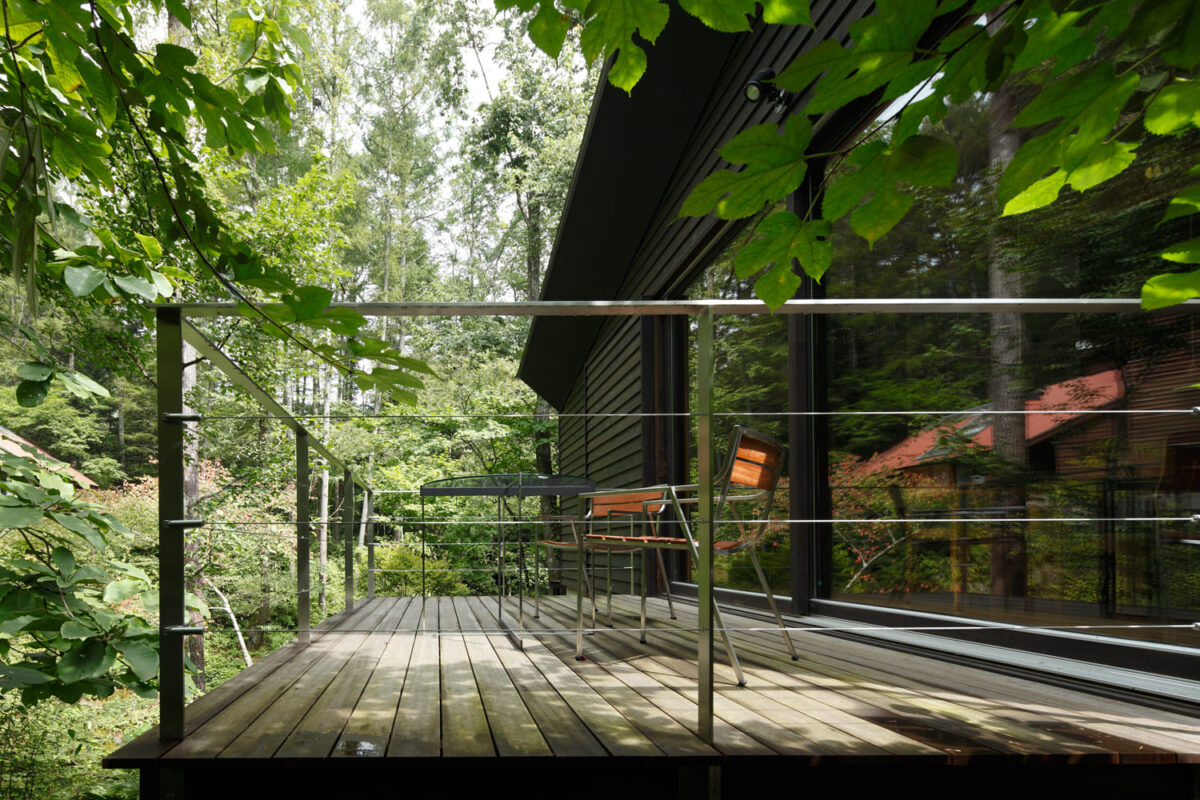 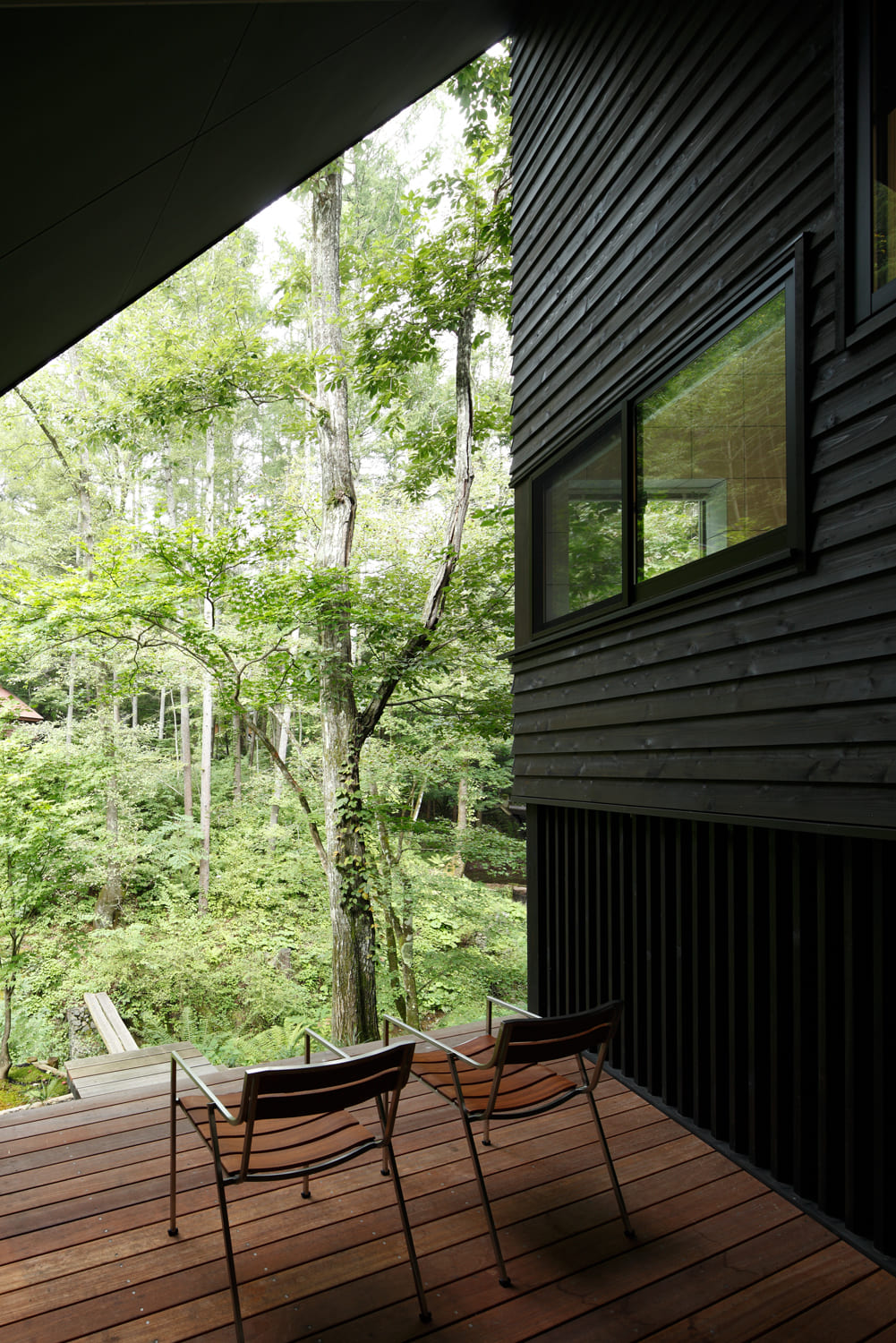 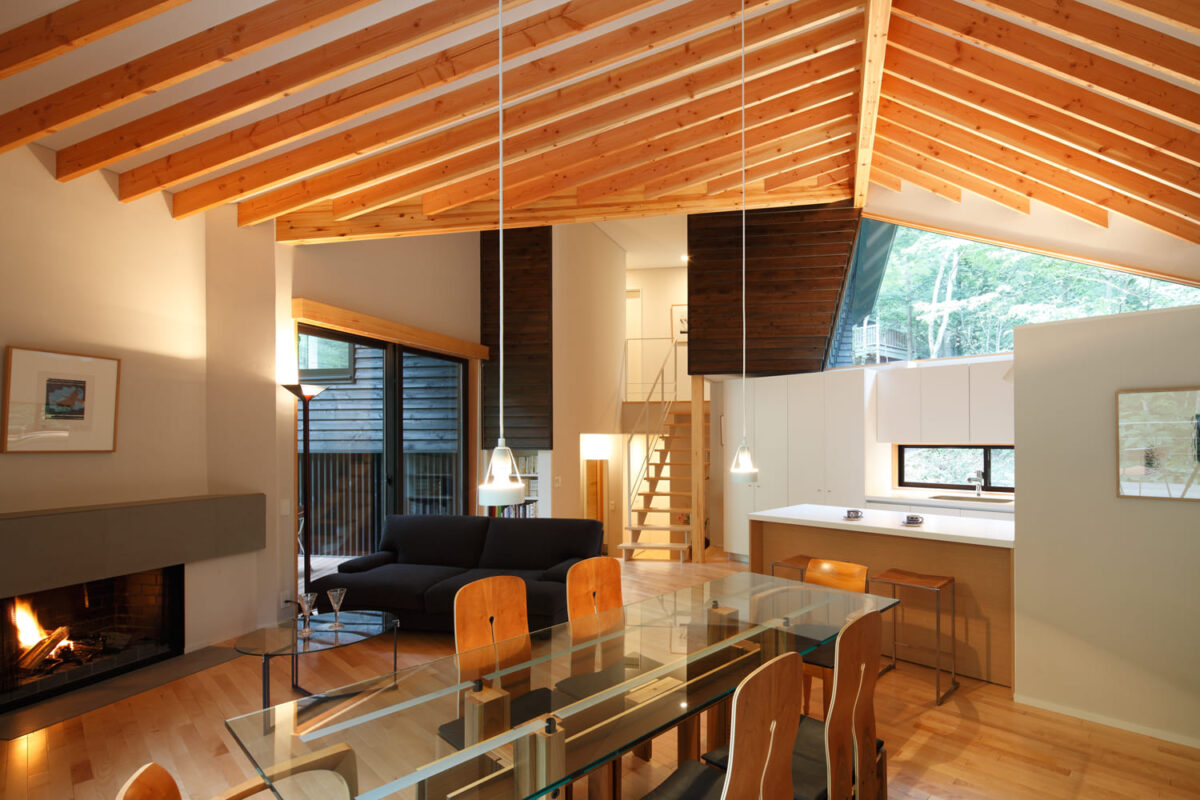 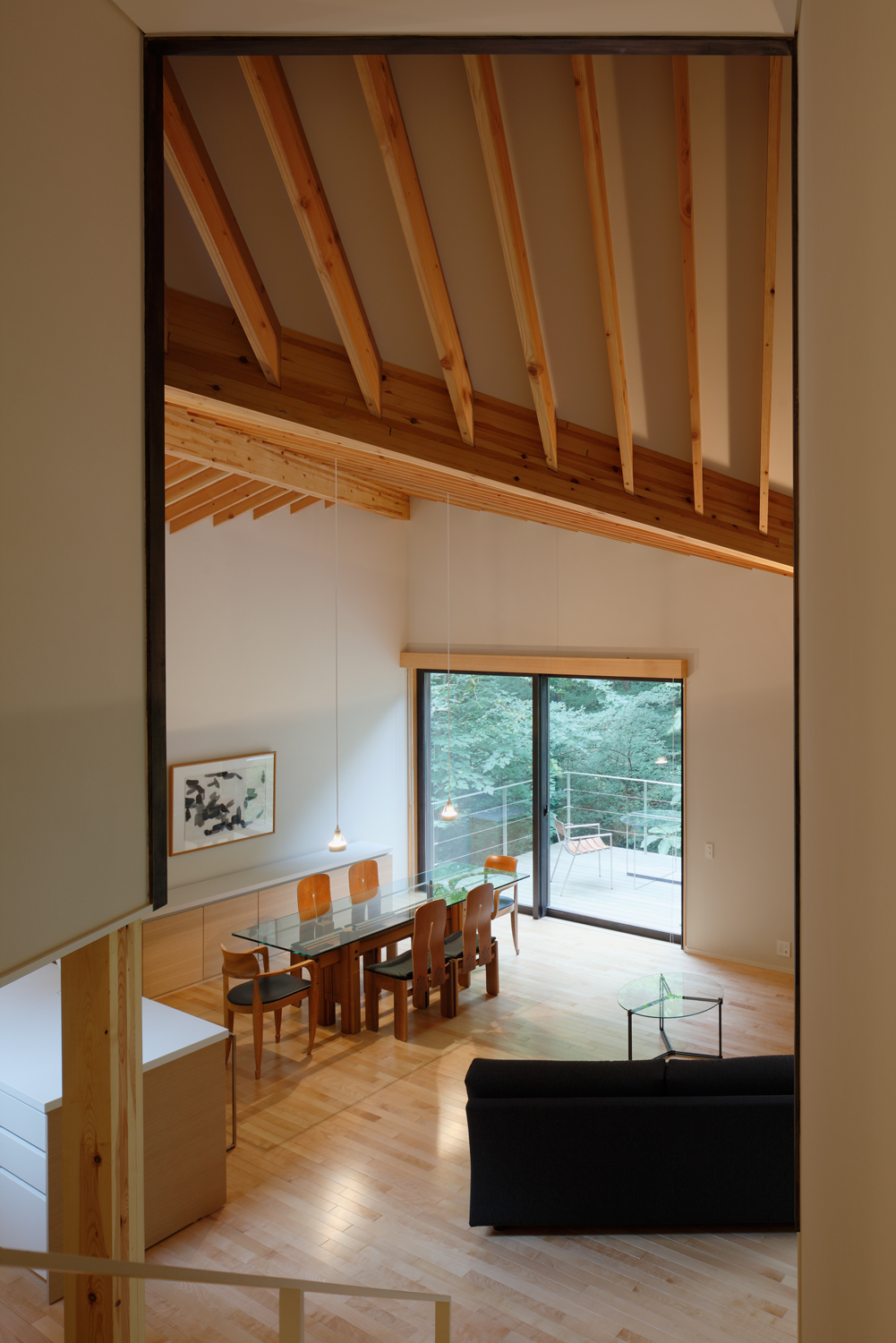 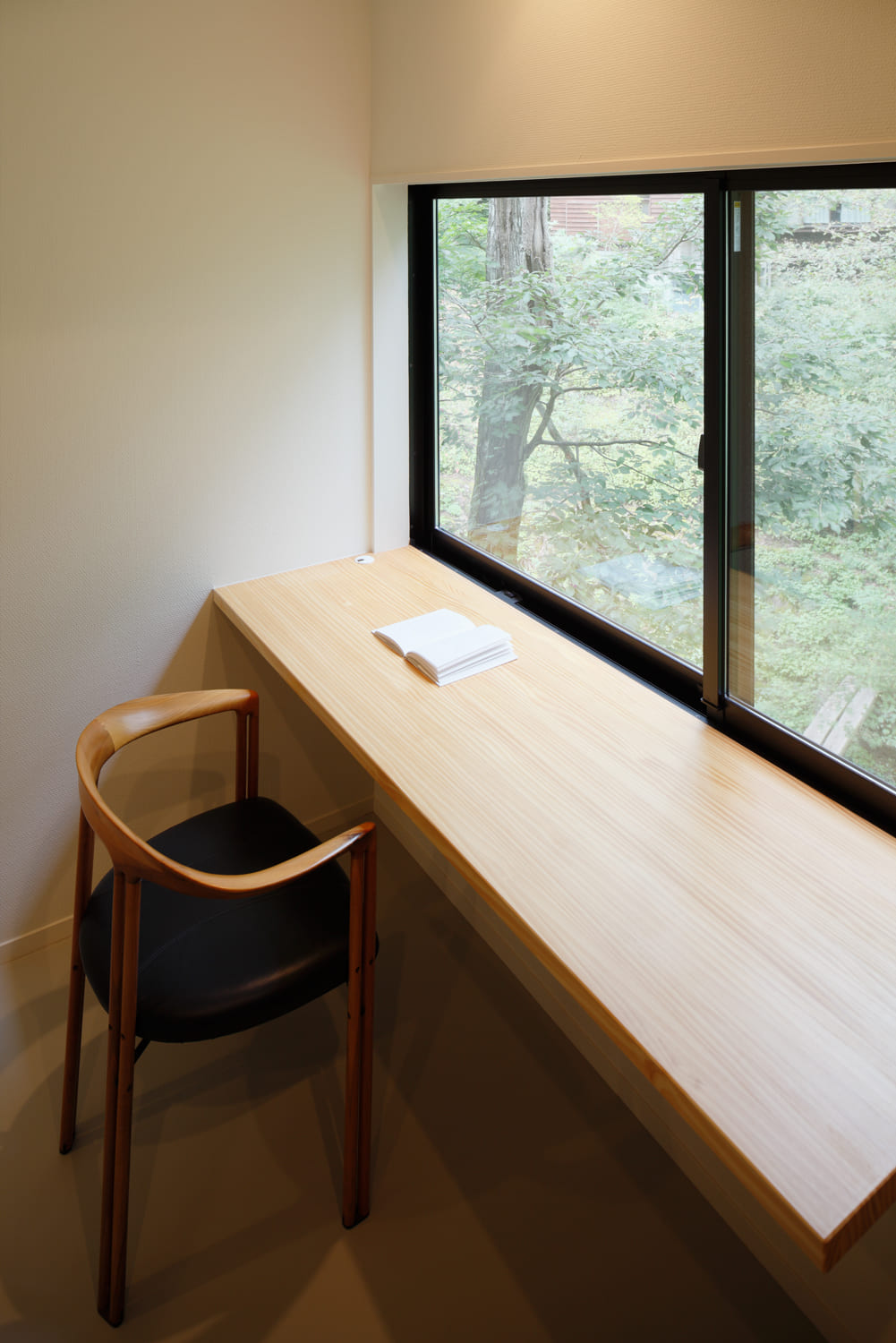 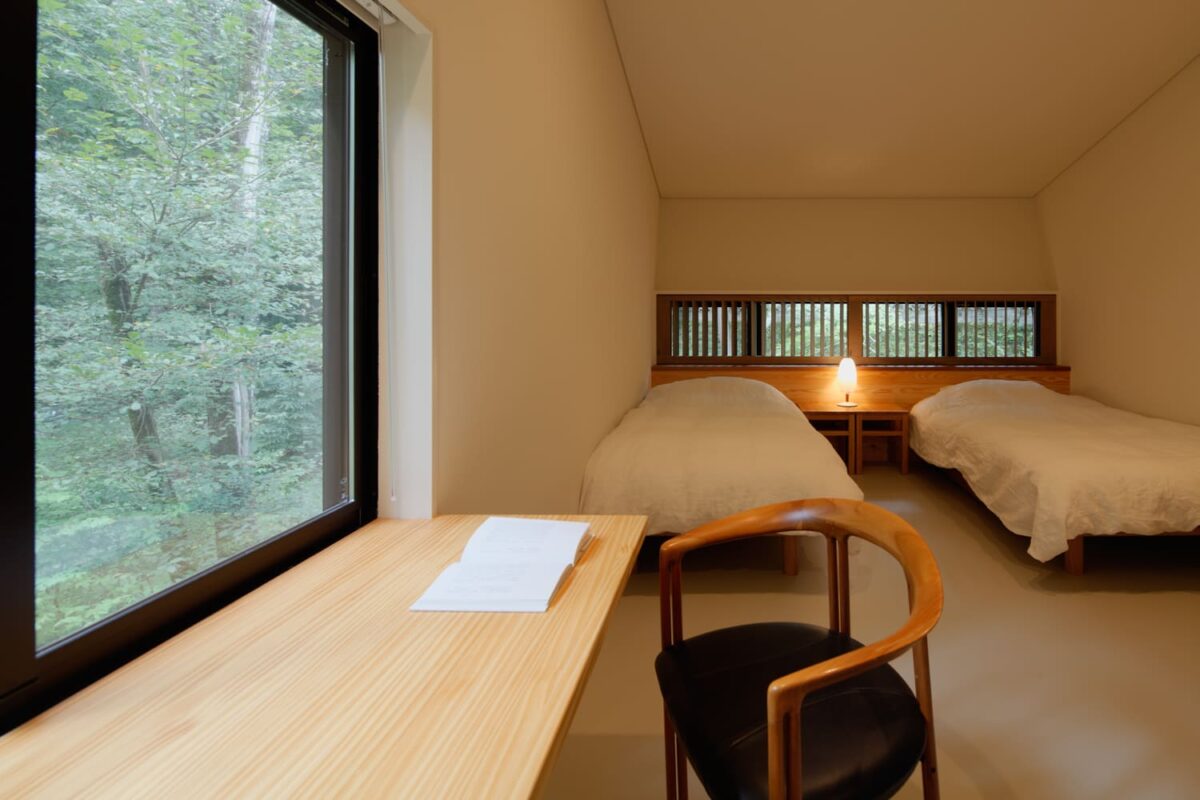 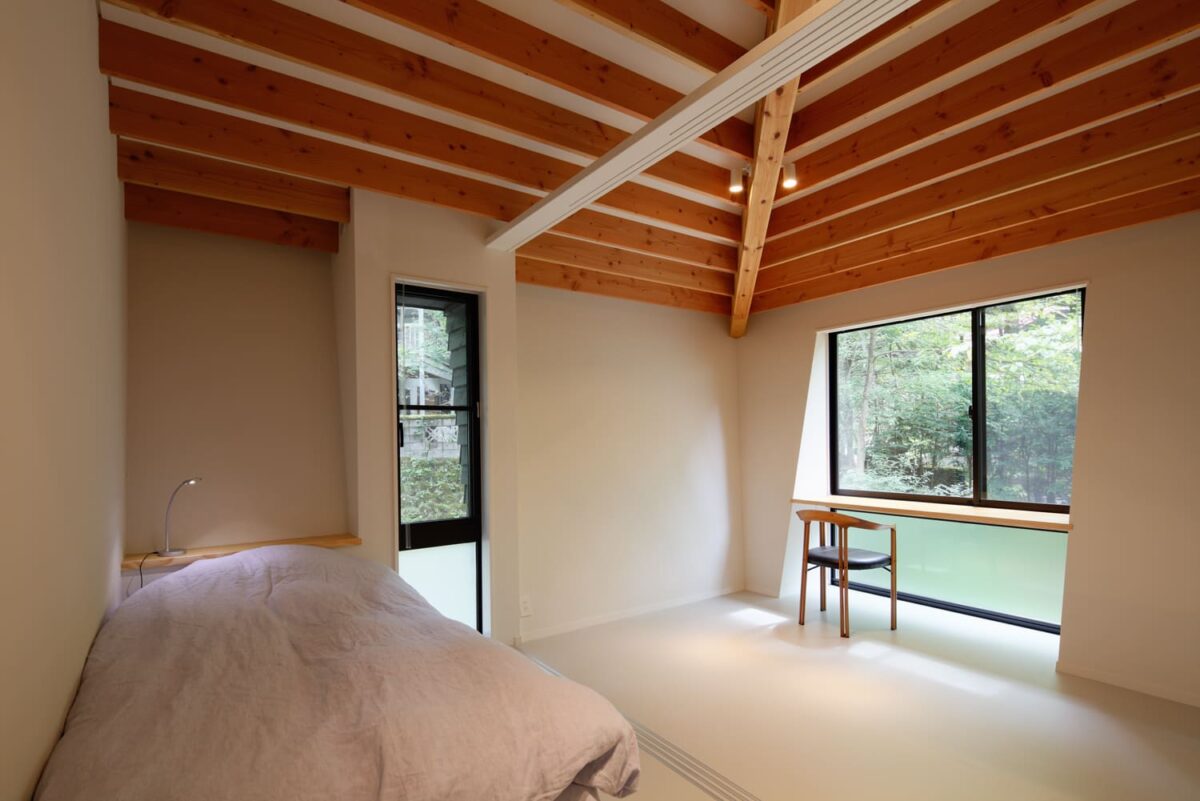 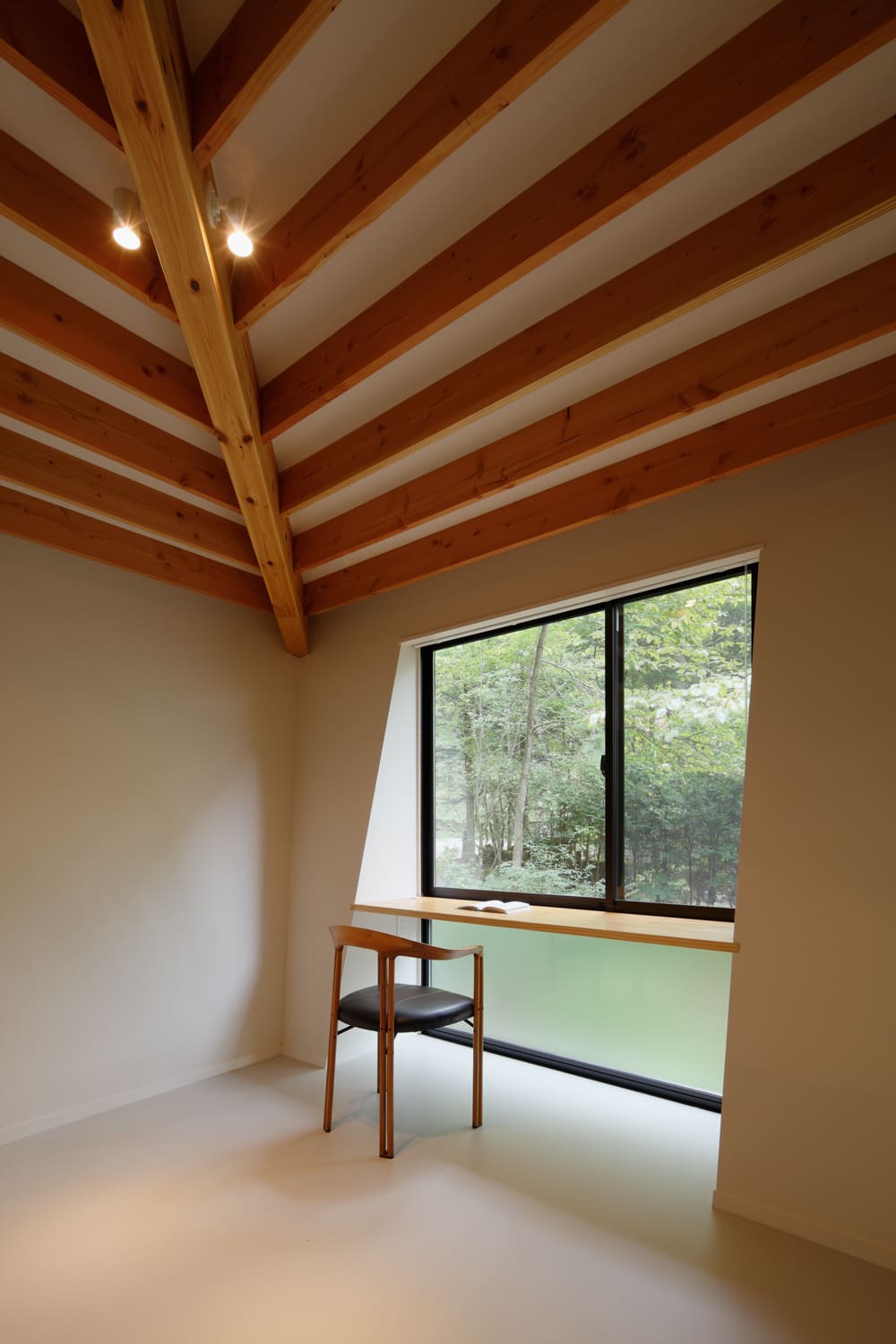 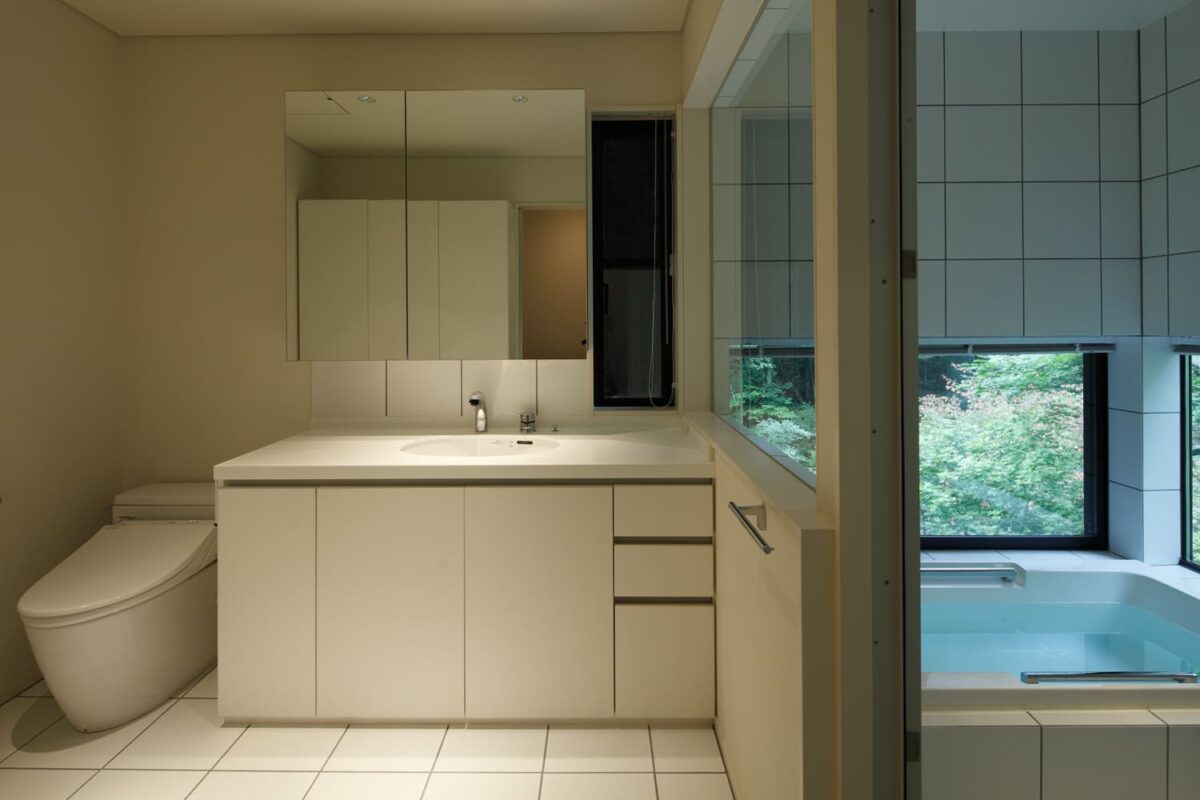 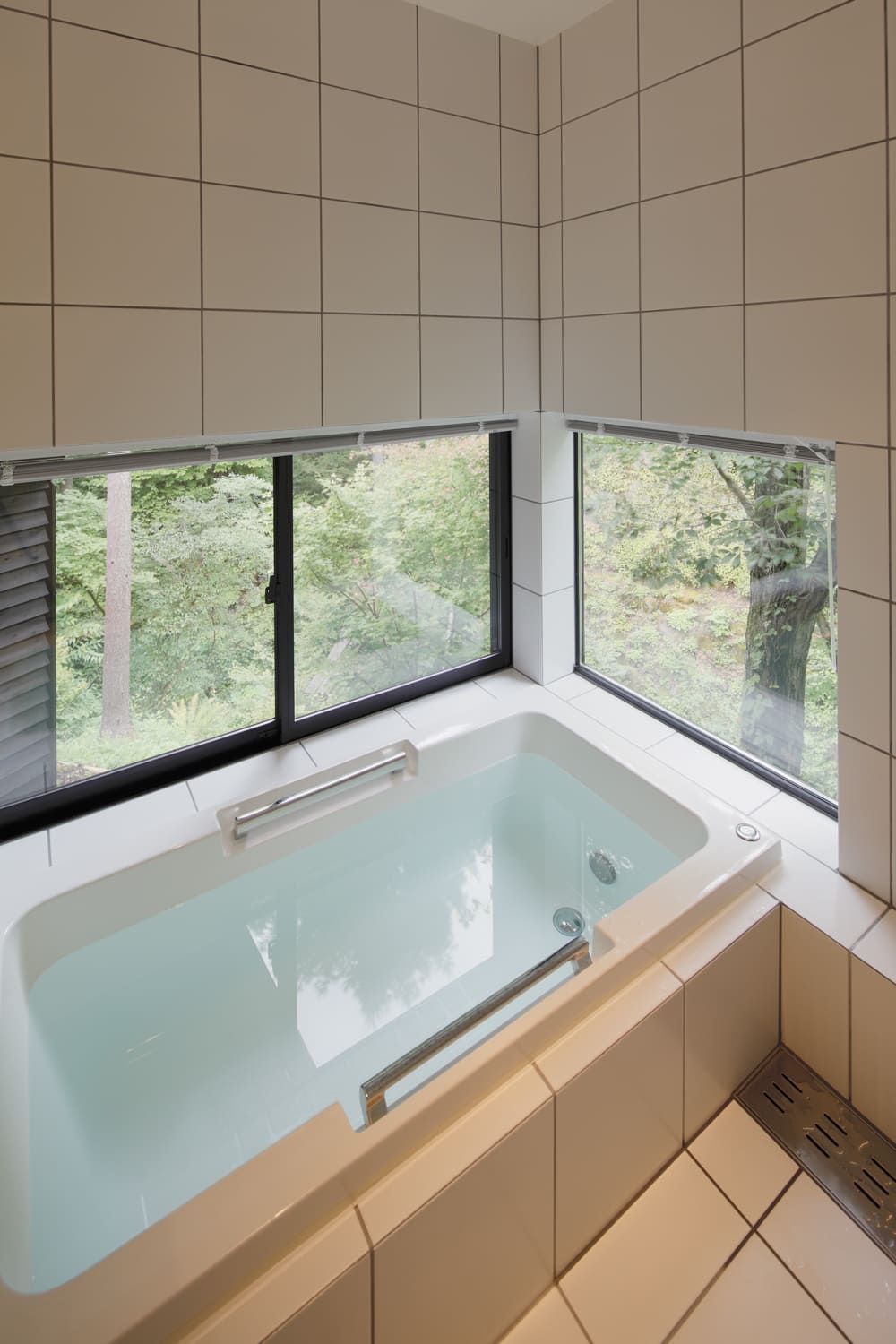 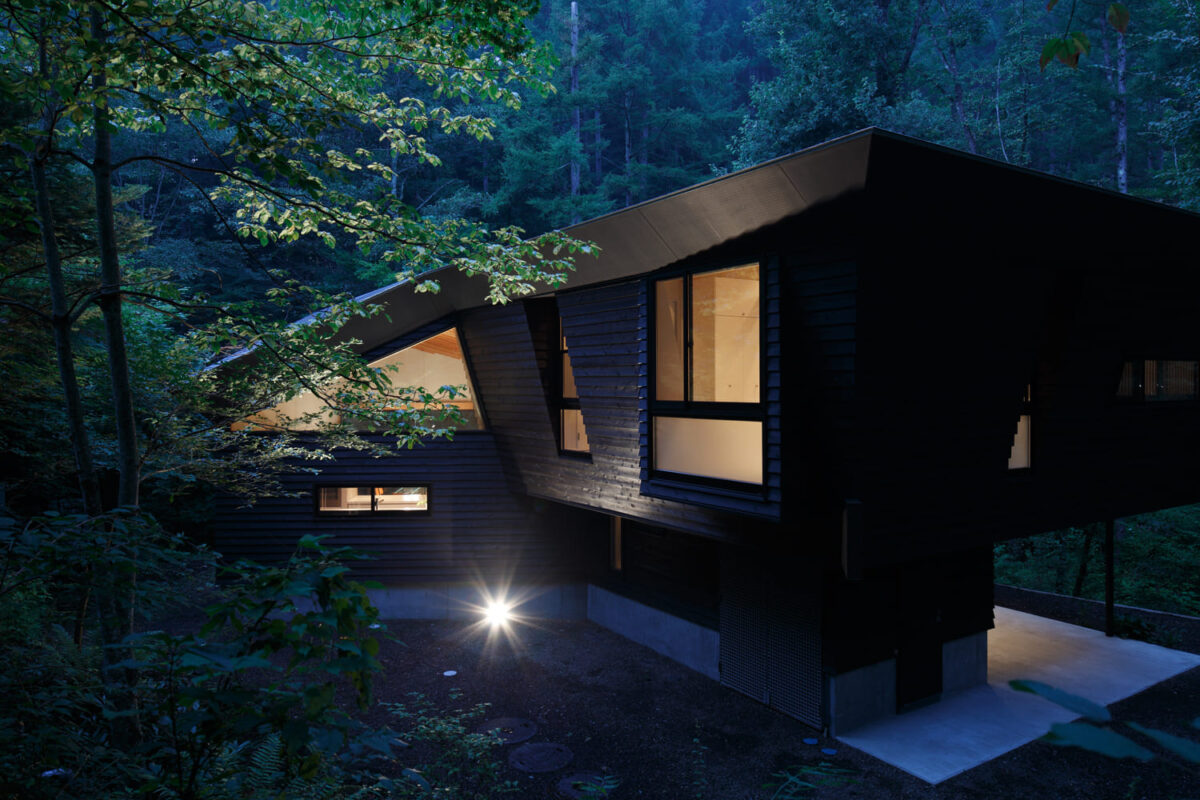 Situated in a dell in Mikasa, Karuizawa, the site lies in picturesque scenery, with a brook running through, and a view of lush green on the opposite bank.
As an architectural response to the terrain, the roofs were conceived as five triangular planes afloat above the site, reflecting the ridges and slopes of surrounding mountains.
To control the views and make the most of the ambiance, interior spaces and semi-outdoor spaces, such as terraces and covered space under the raised volume, were intricately configured, between exterior walls folded and slanted like Japanese origami paper folding art.

The subtle gaps between the rectangular floor layout and the triangular roofs add different characters and feels to various interior spaces.
The fireplace, installed right under the vertex of an equilateral triangular roof, is the centerpiece of the space, where family members and friends come together.

Back to "Cottages" Category

ALL
Residences
Cottages
Hospitality
Others