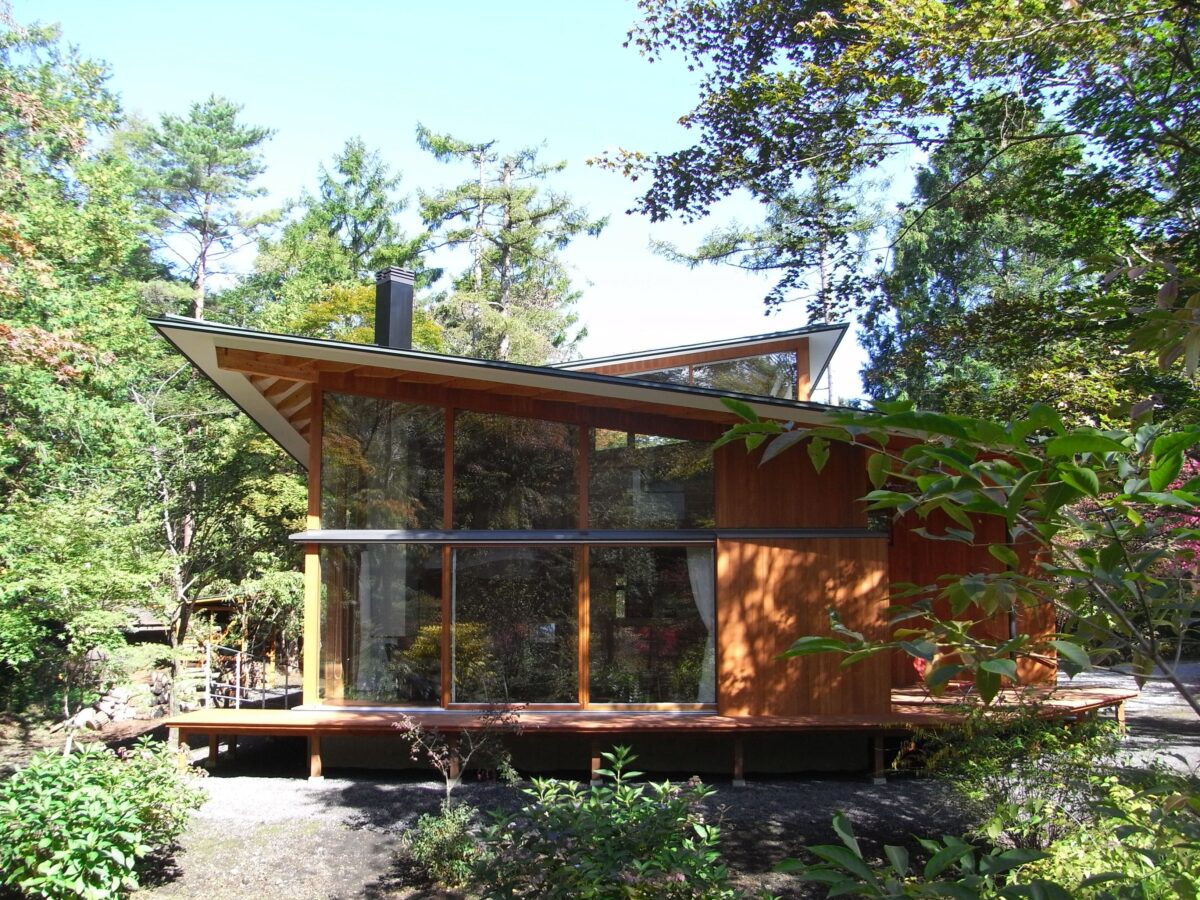 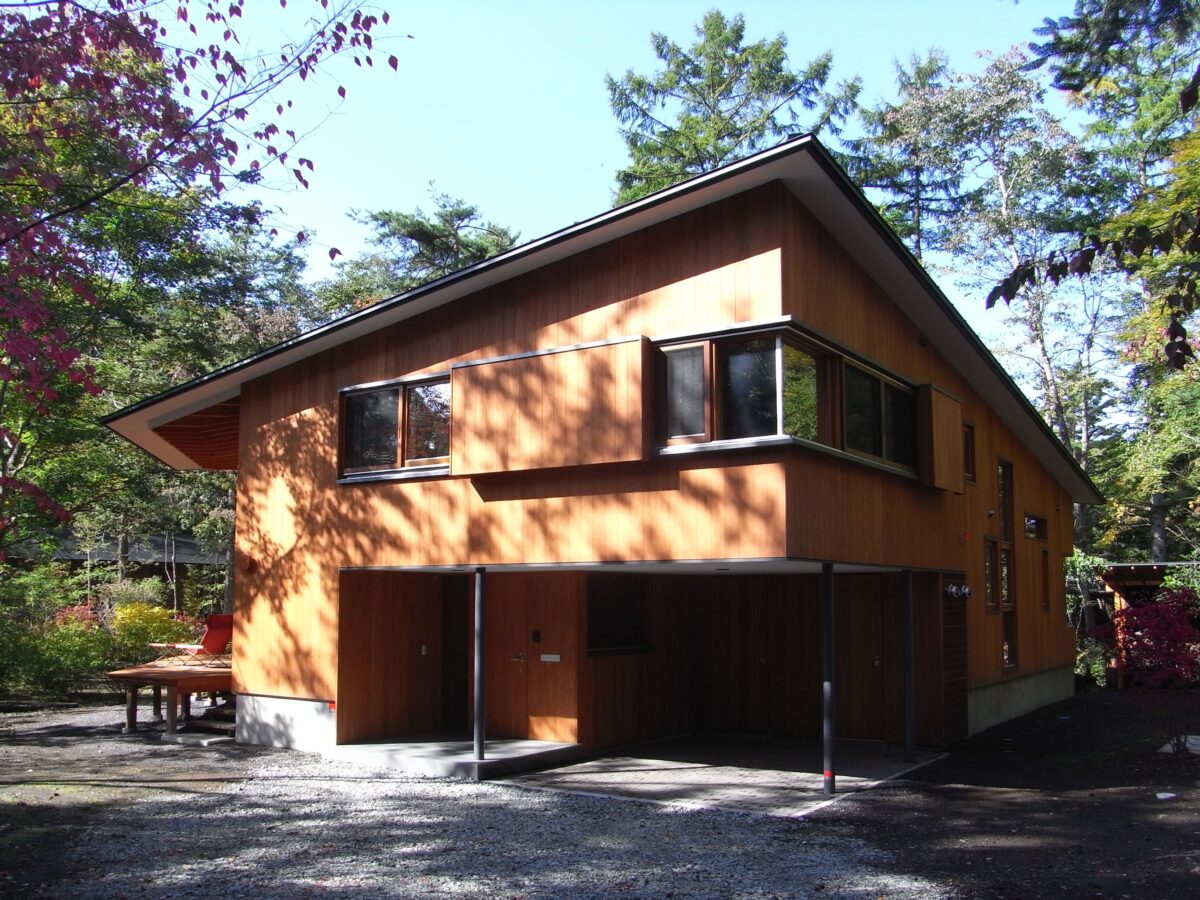 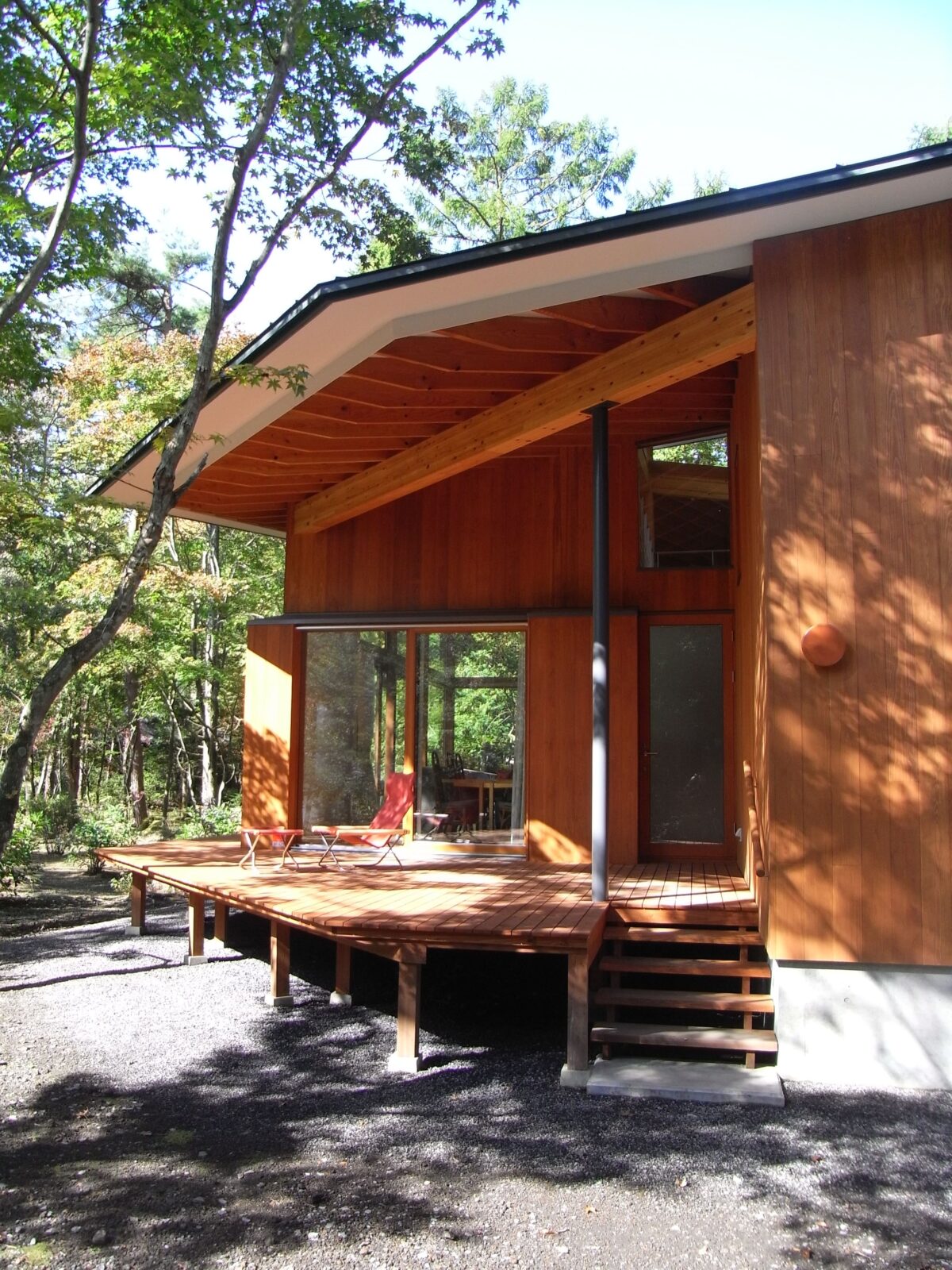 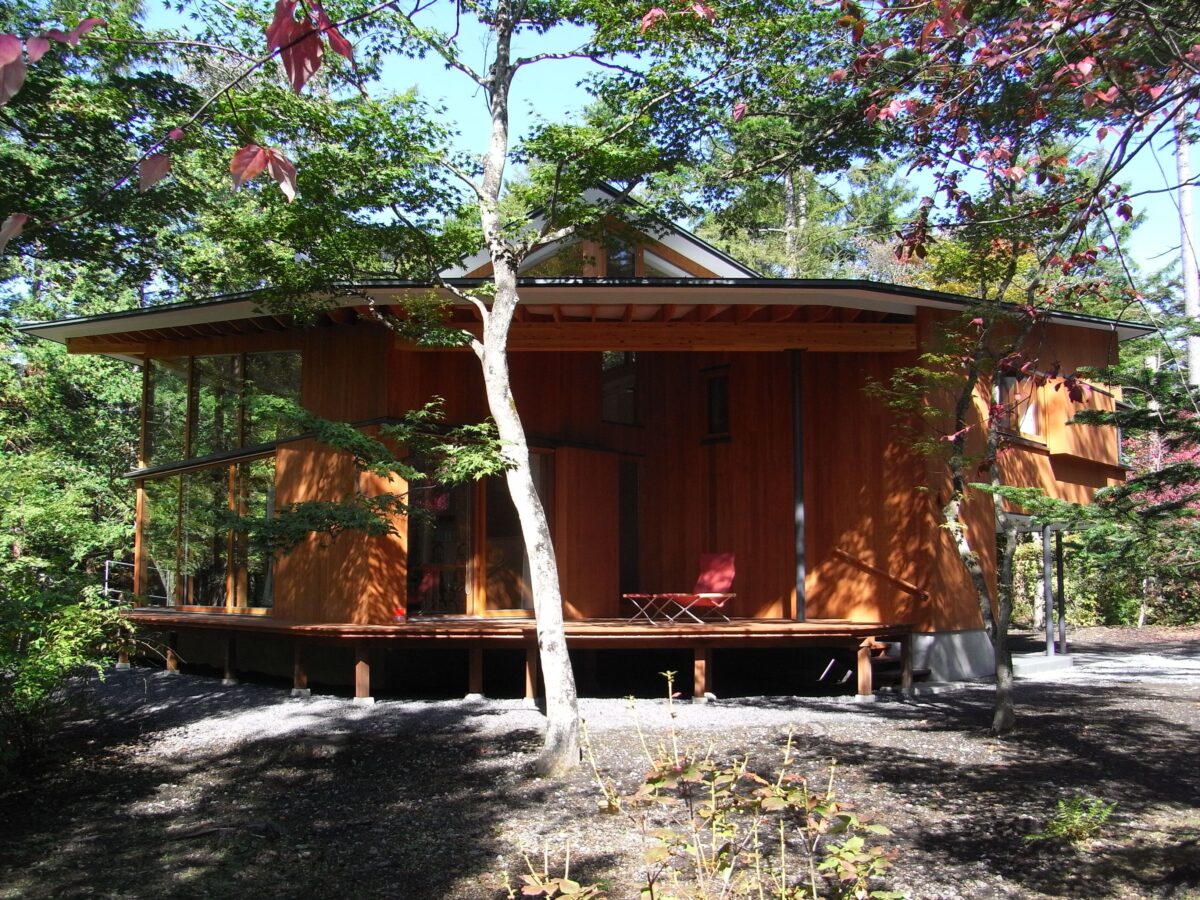 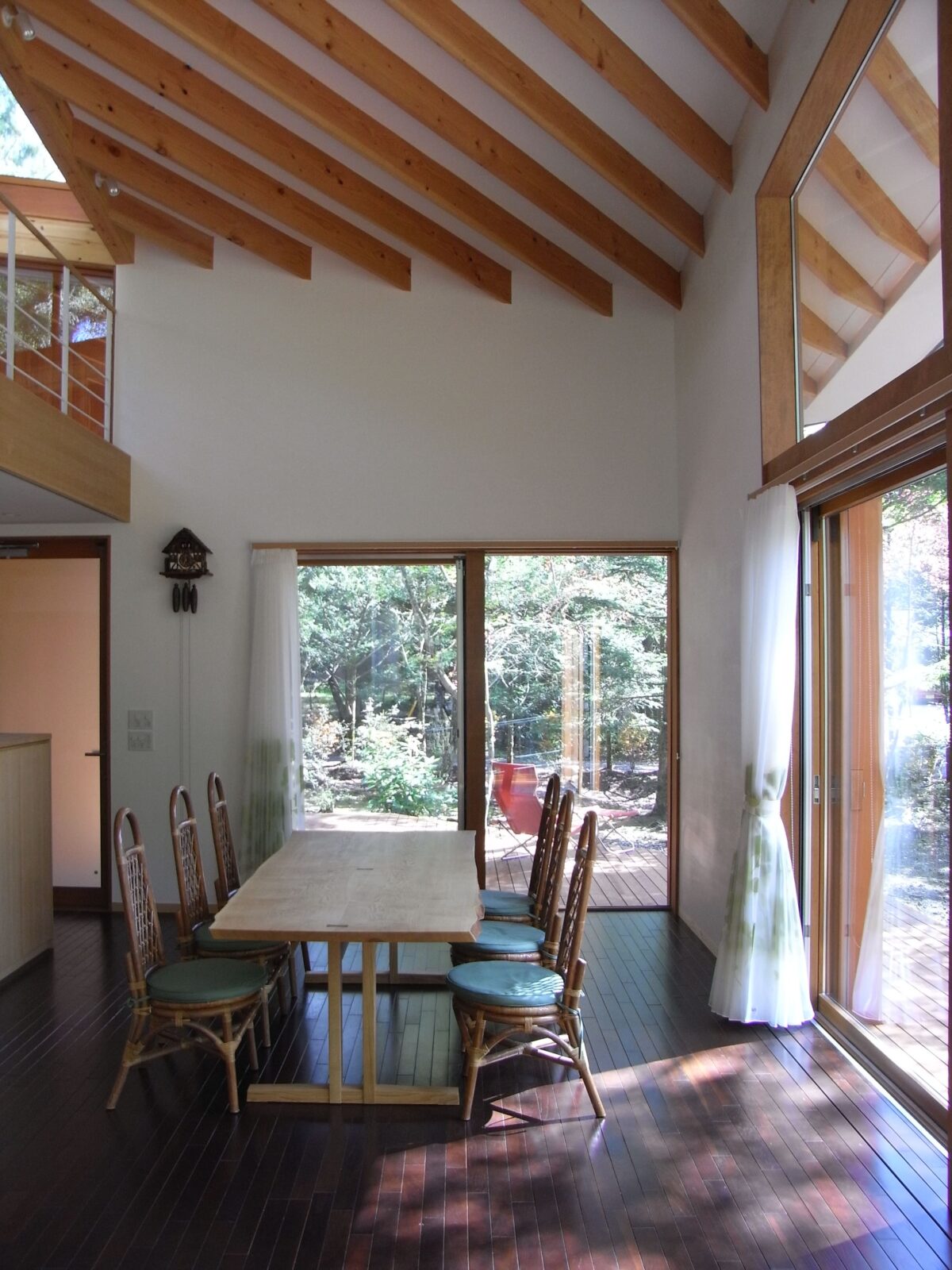 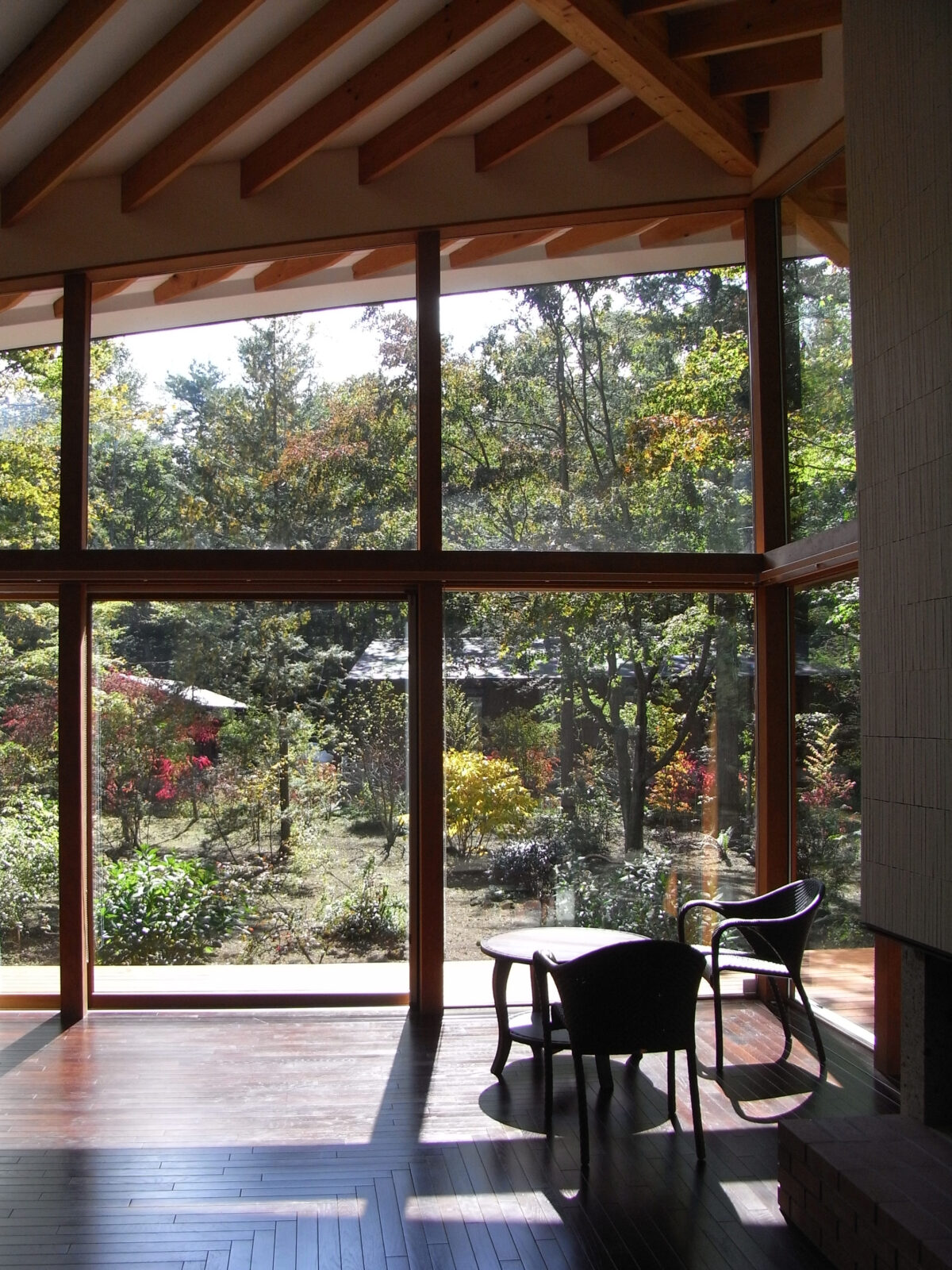 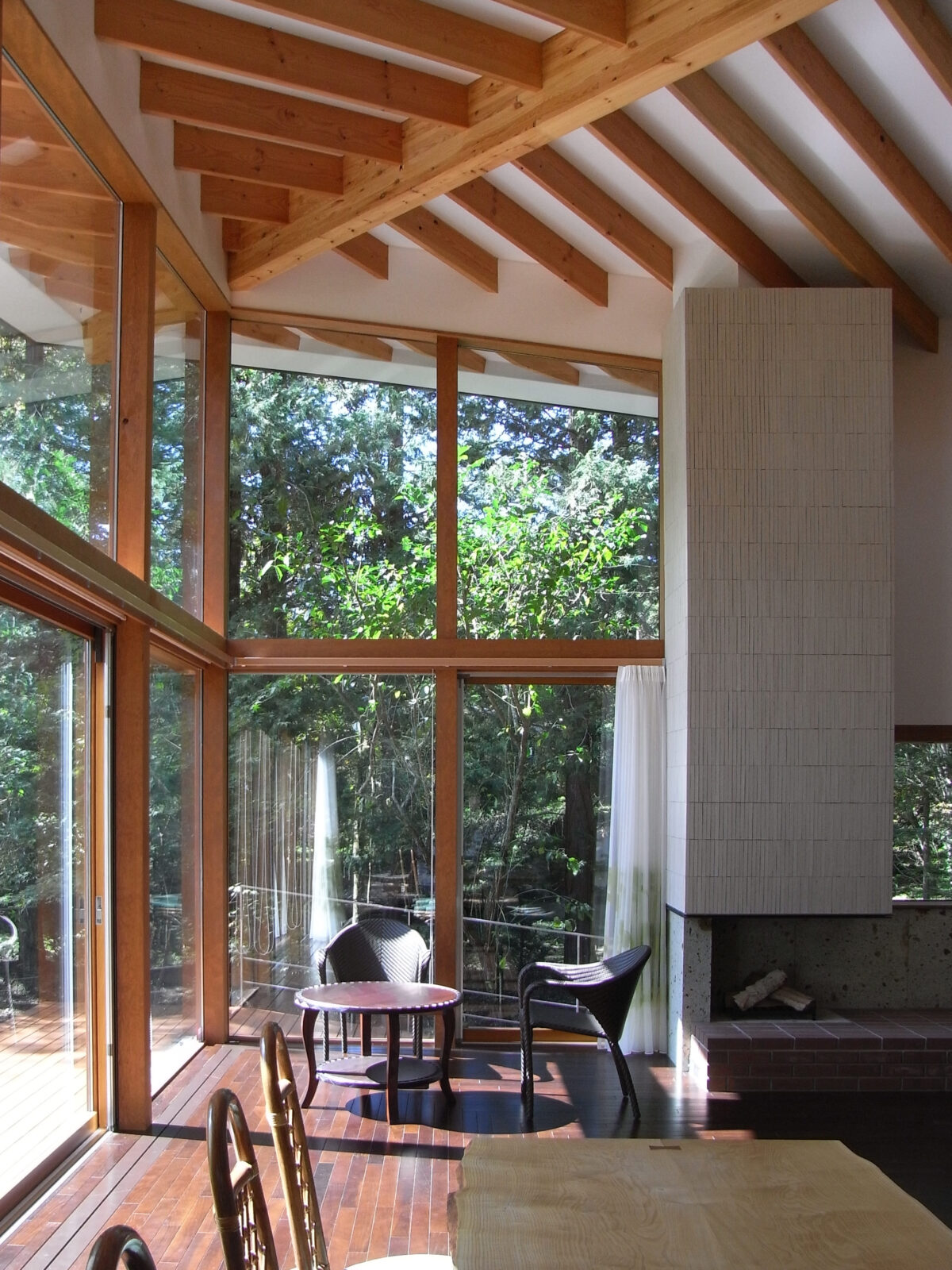 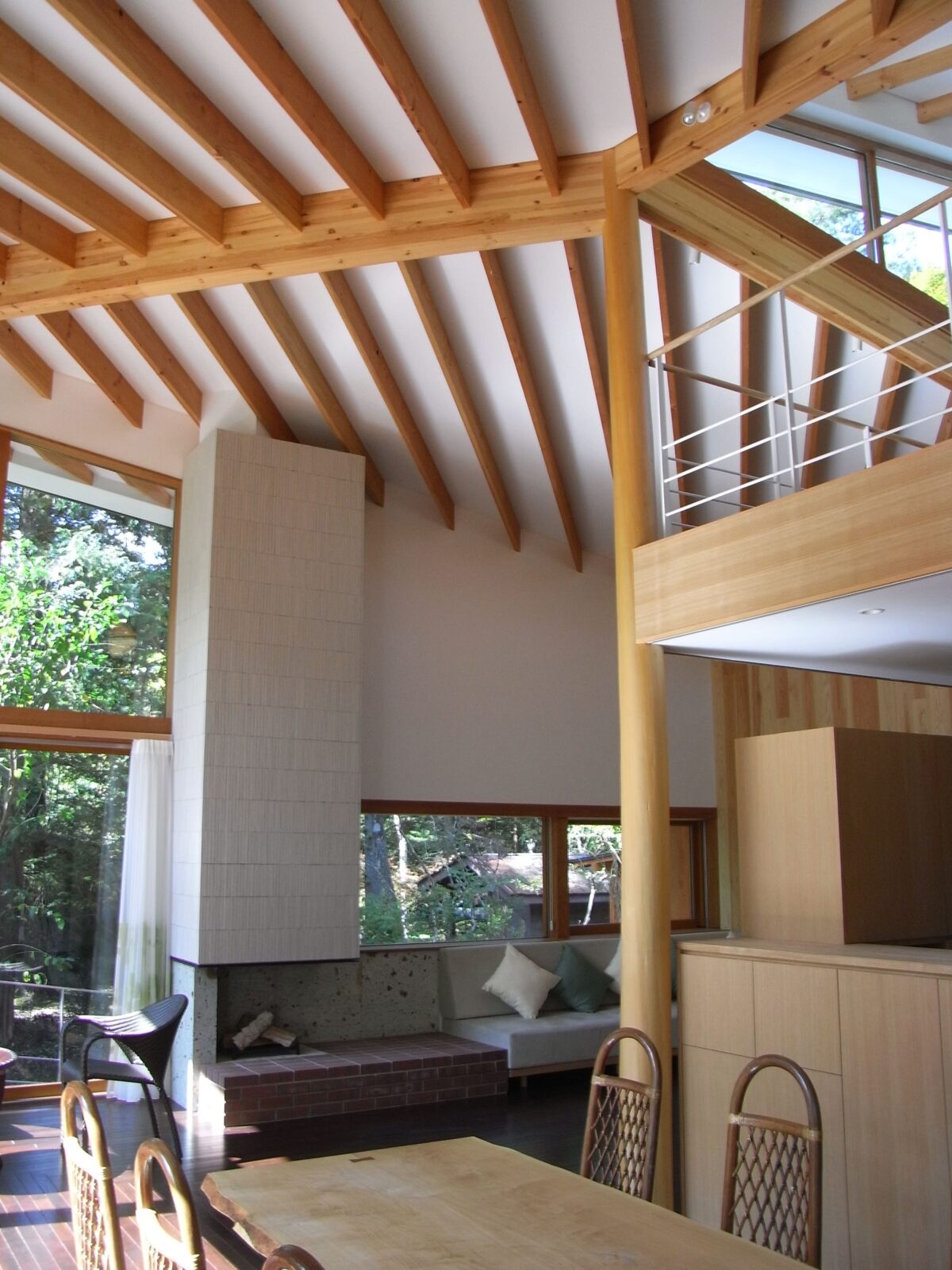 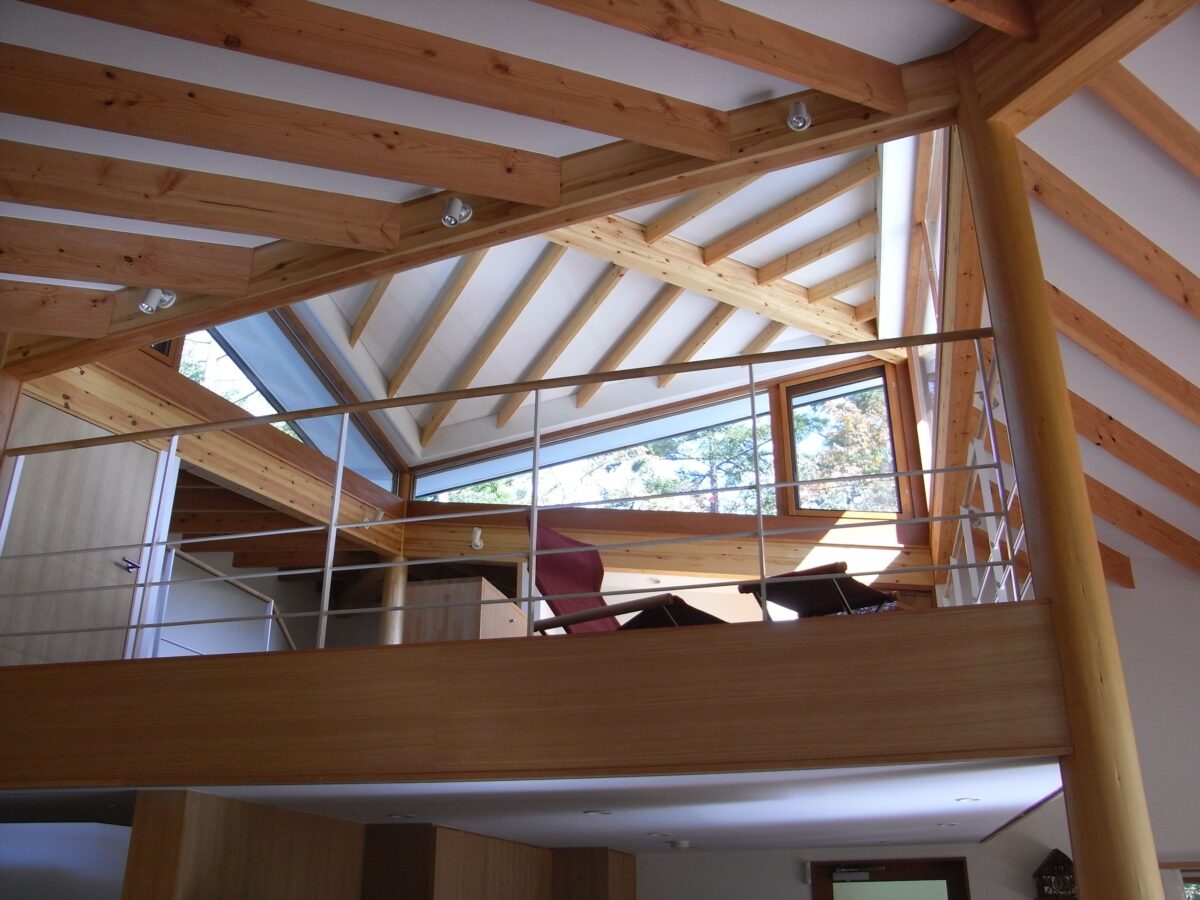 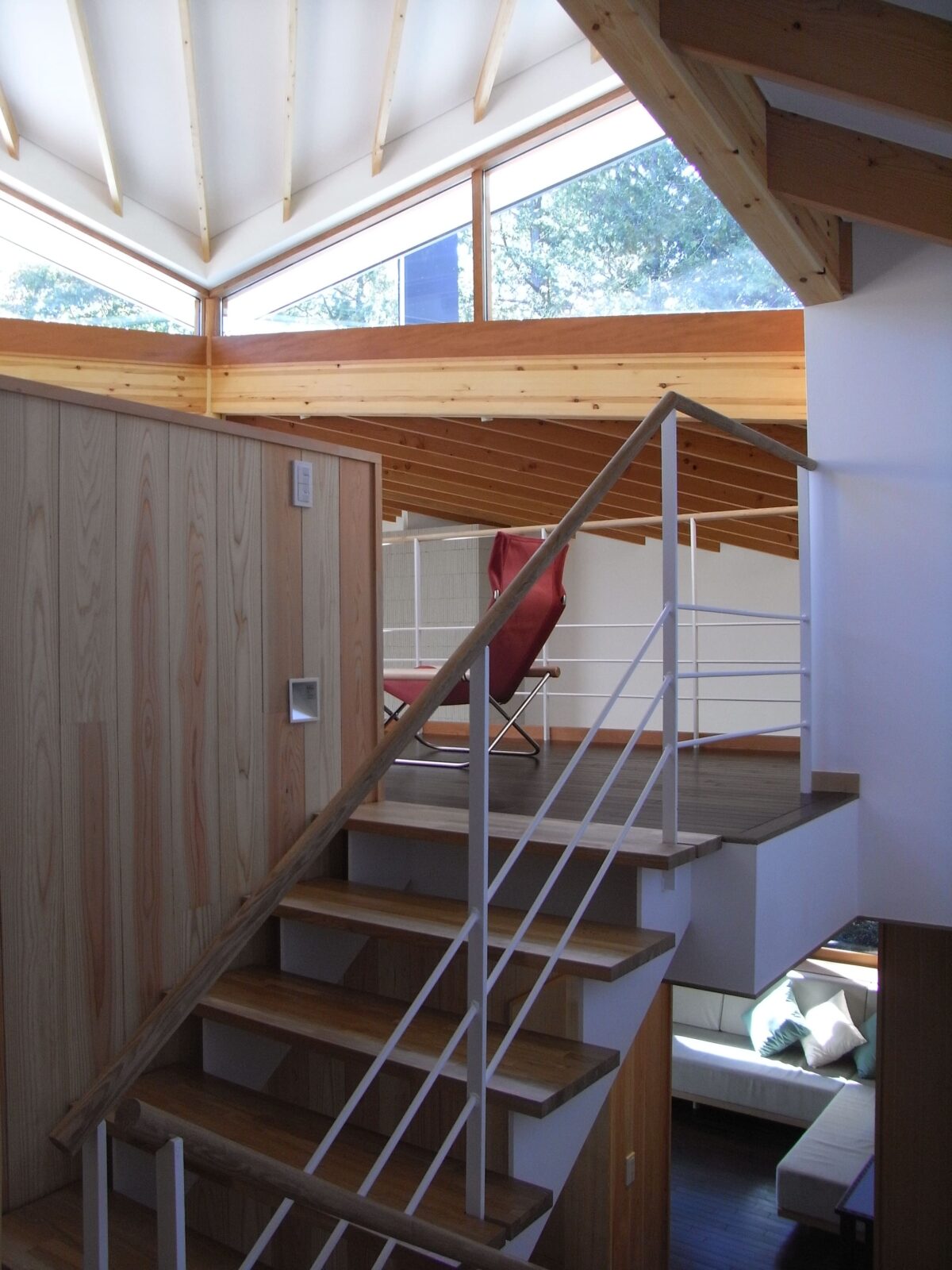 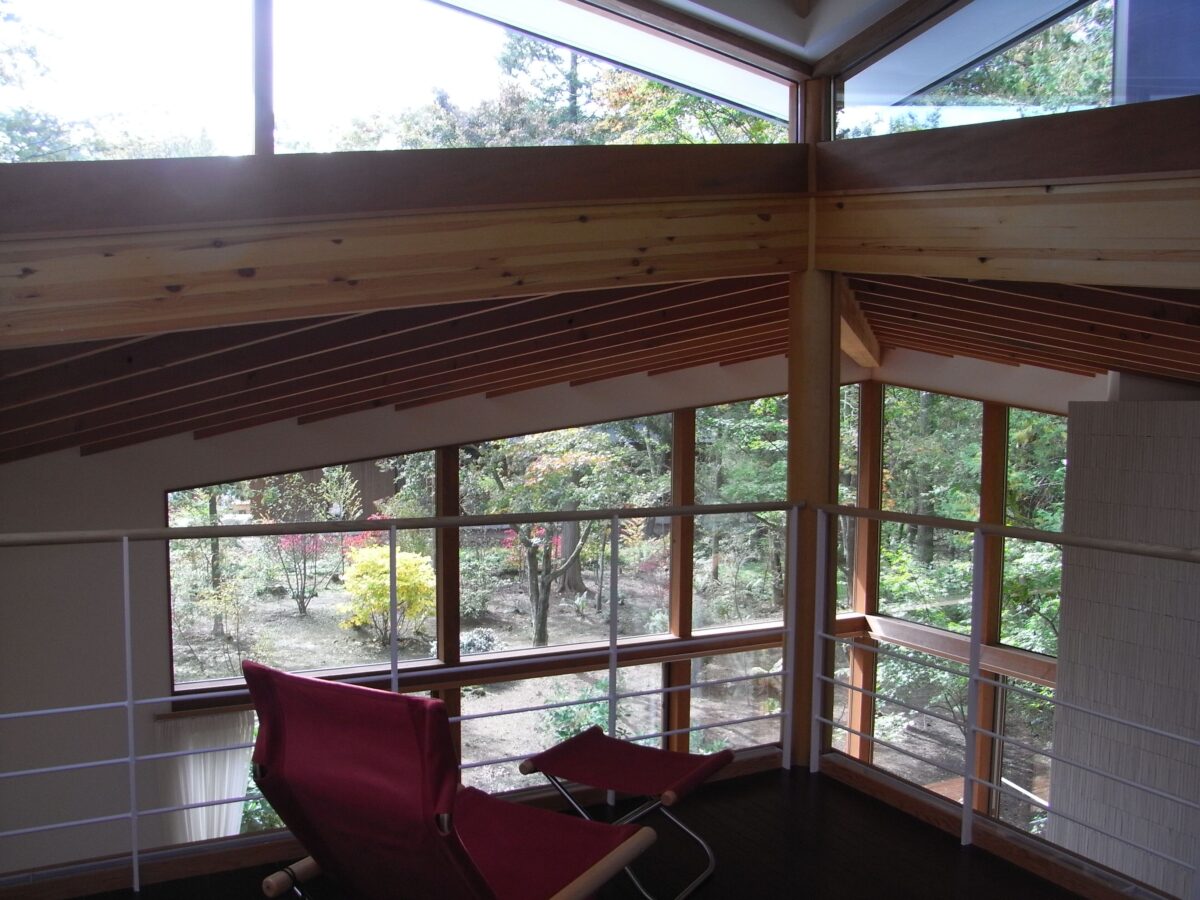 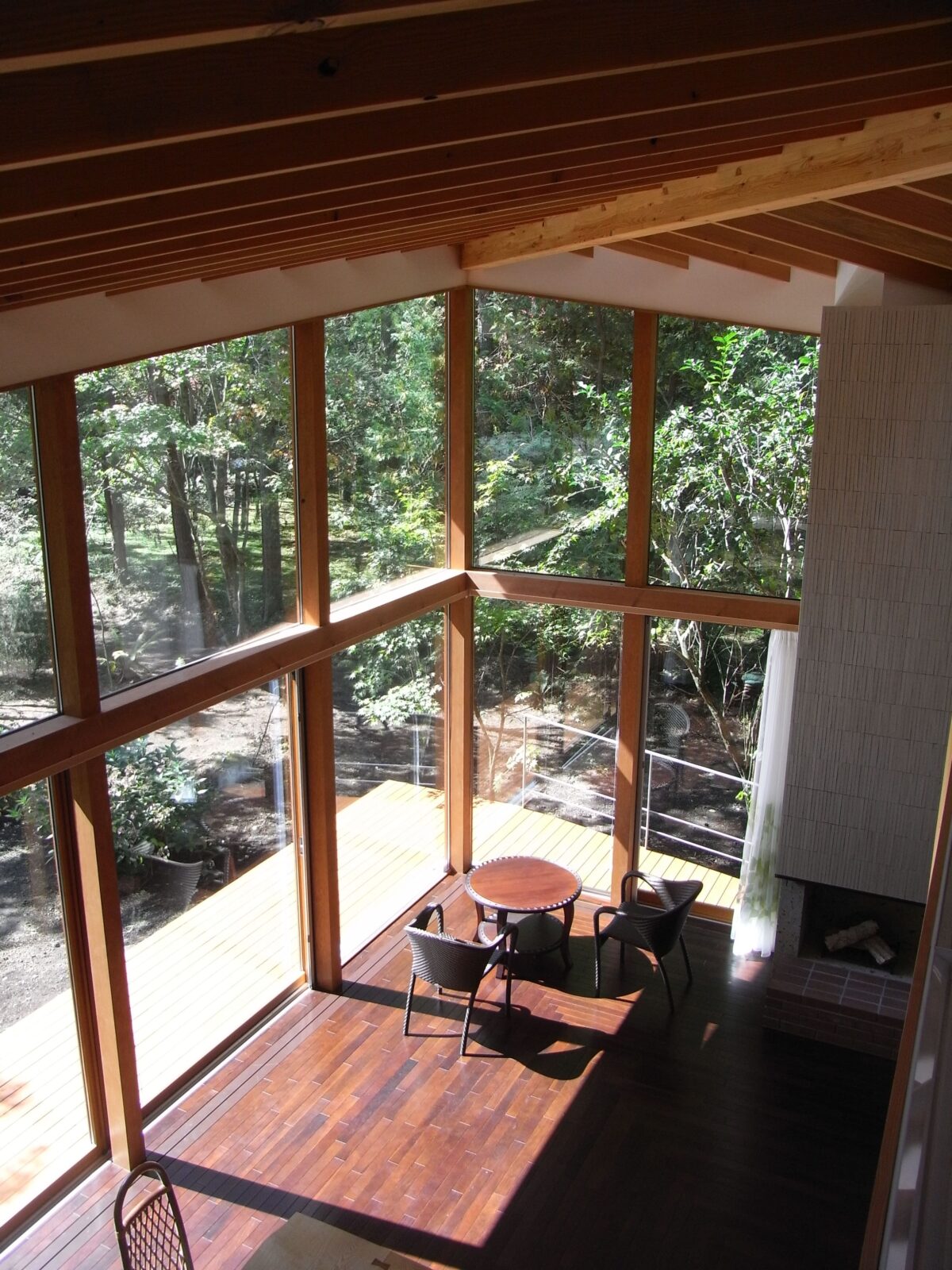 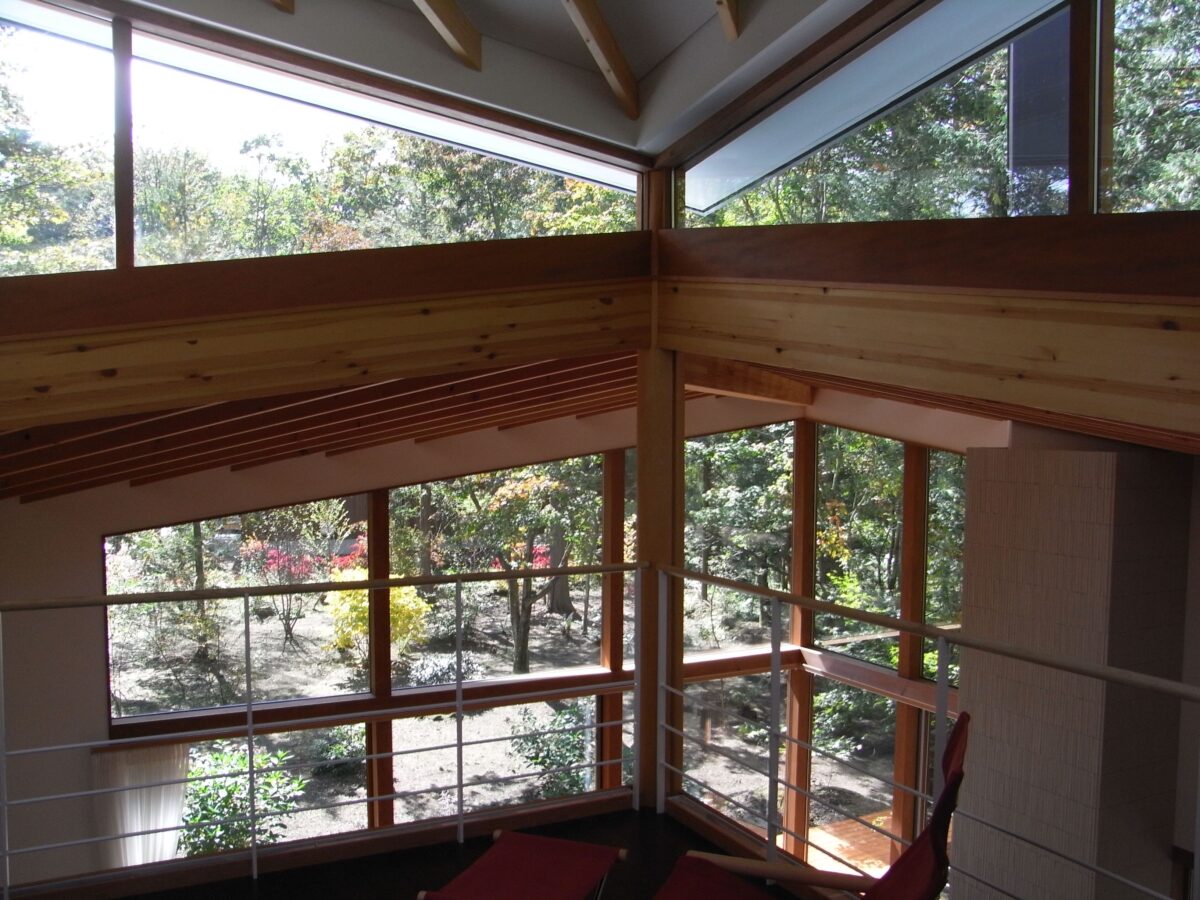 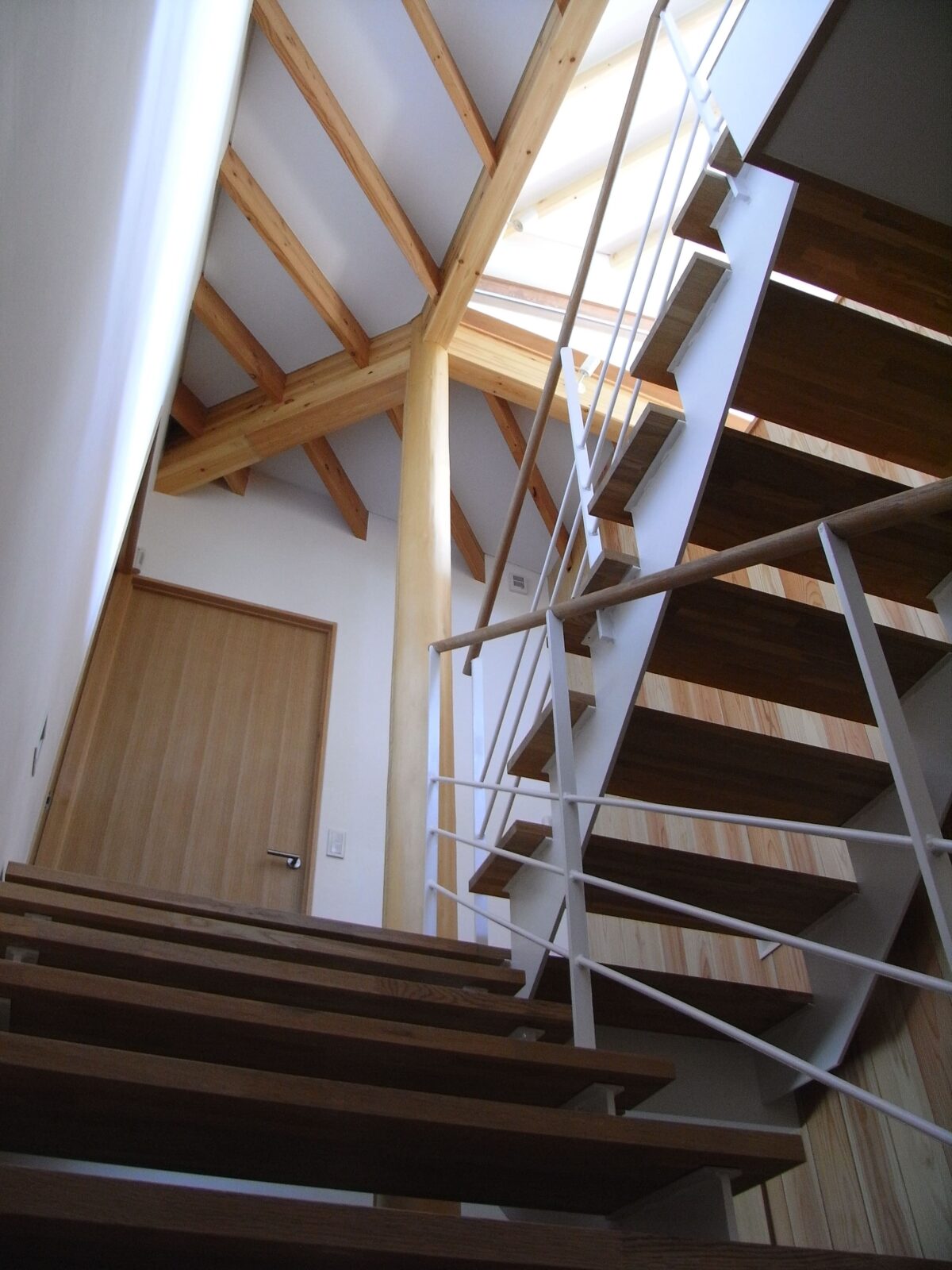 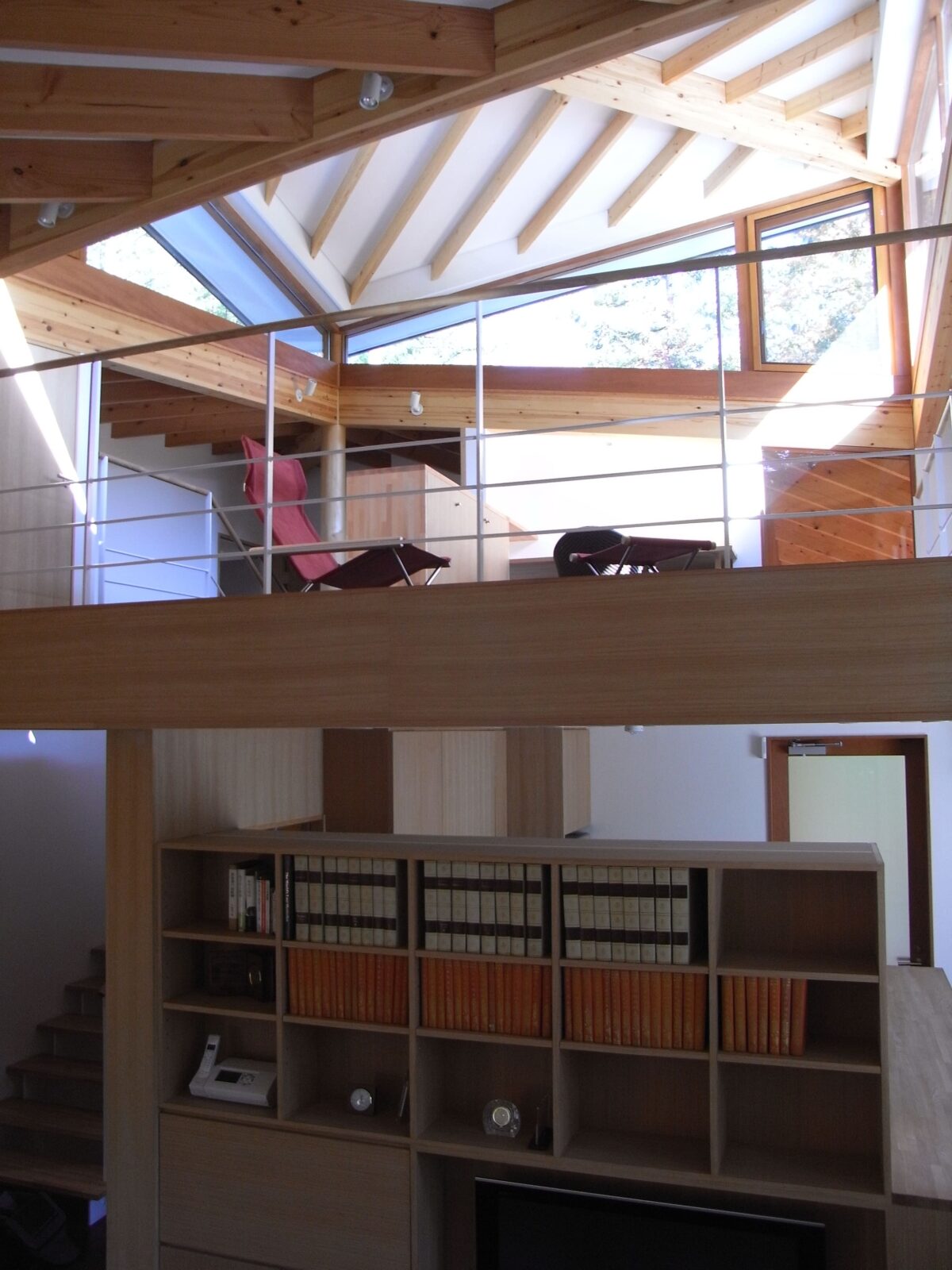 This site in Karuizawa is a flat piece of land in the woods of larches among other trees, with a view of Mount Hanare to the north. At the center of the cottage, Hinoki cypress daikokubashira (central pillars in traditional Japanese houses regarded as sacred) pillars raise a small square yagura (Japanese watchtower and/or scaffolding) towards the sky. The study on the yagura platform is like an observatory, with a view of the surrounding woods through the clerestory windows, also overlooking the ground floor and the garden below. The kitchen is tucked in under the platform while other spaces, such as the dining area, the living room, and bedrooms are placed around the yagura in a spiral.

Two square roofs, large and small, with ridges that run diagonally, are placed on top. The small roof floats over the larger roof, creating openings for clerestory windows that spread natural light from the center of the cottage towards the perimeter. Ridge beams and rafters are exposed on the ceilings, showing the structures of the orthogonally layered roofs.

Back to "Cottages" Category

ALL
Residences
Cottages
Hospitality
Others